It might be the highest sum an employee has ever requested from his (former) employer in Germany: Dr. Wolfgang Schreiber, former Manager and chairman and chief executive of Bentley and Bugatti, has filed a patent lawsuit against the carmaker from Wolfsburg. Schreiber is inventor of numerous VW patents. His most well-known invention is the dual clutch gearbox which is now installed in millions of cars of Volkswagen. Though he has never received a “reasonable compensation” for it … 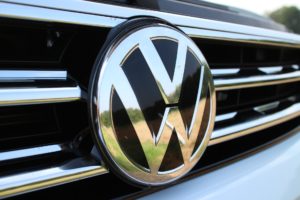 Last friday “Spiegel” magazine reported that former chairman and chief executive of the luxury car-brands Bentley and Bugatti Dr. Wolfgang Schreiber has filed a patent lawsuit against the carmaker from Wolfsburg before the Munich Regional Court I.

The claim is related to an earlier occupation from Schreiber in the VW group. After completing his engineering studies Dr. Wolfgang Schreiber began his career in the Volkswagen Group in 1984.

In 1996 he was appointed head of gearbox development for the Volkswagen brand was transferred. During this period he invented the Dual Clutch Gearbox. The carmaker holds several patents for this transmission.

What “reasonable” exactly is and what not, is not clearly defined in the German law. Schreiber wants more than 100 million euros and that might not be unrealistic: nowadays the gearbox is used in more than four million Volkswagen passenger cars. He declined an offer over 20 million euros.