Patent Application & Licensing in Germany: The most necessary Basics 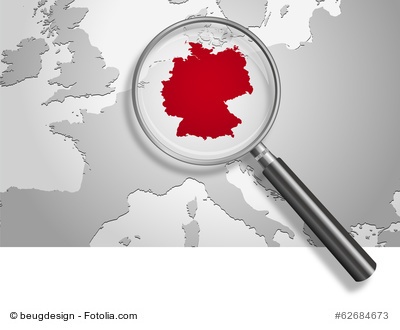 We have often reported why you should protect your invention with a patent application. A patent gives you the permission to utilize your invention and enables you to forbid others the use. This is a good thing as a patent protects your investments and achievements against infringers and counterfeiters.

Additionally you gain the right to allow others the utilization of your invention against payment after your application has been processed and your patent has been granted. In the following article we?ll explain the most necessary basics of licensing and why this topic is not only noteworthy for
patent holders, but for patent applicants as well.

Why is this Topic also Important for Patent Applicants?

There are at least three reasons why it is reasonable to occupy with the issue of licensing before you file your patent application:

What does ?Licensing? actually mean?

In a legal sense the term of licensing means transfering a positive right of use for the protected invention to third parties. By doing this the patent owner quasi revokes his right to forbid the utilization of his invention with regard to the licensee. If the licensee had used the invention without any license, he would have committed a patent infringement.

Which Aspects of Licensing have to be observed when Applying for a Patent?

Patent applicants respectively owners can issue two kinds of statements at the GPTO:

In its patent register the GPTO notes which type of declaration has been issued for a given invention so that researchers looking for patents can inform themselves.

What Types of Licenses can a Patent Owner grant?

In the context of the license agreement the granted use permission can basically be restricted e.g. geographically, temporally or objectively. Regarding the overall nature of the license contract there are essentially two kinds of licensing:

In practice this type of licensing is relatively rare, because the licensor gives away most of the rights he gained with patent protection. Of course the agreement for an exclusive license can be canceled like any normal contract. An exclusive license is transferable.

By using this type of licensing the licensor retains more freedoms. He keeps the right to forbid and is further able to grant licenses to other persons for the same subject. The licensor also retains the right to further use the invention himself. A single license is not transferable.

Which Parts are Essential in a Licensing Agreement?

Licensing your Patent to others may offer a lot of Advantages, but Drafting a good Licensing Agreement isn?t easy

The licensing of inventions offers important chances for both contracting parties: One the one hand the licensor gains the possibility to exploit his invention and generate some revenue. Especially at companies like Apple licensing fees can make up a huge part of the revenue. On the other hand the licensee can use the achievements of other companies to approach new projects of his own and to further technical development.

In order to make sure that everything is clearly regulated from the start and that slips like for example a too vague definition of the licensing subject won?t cause any inconveniences, it is appropriate to contact a patent attorney. A specialized expert helps to draft your licensing agreement and can further inform you about the numerous subtler aspects of licensing patents. This blog article is only suitable as a first impression of the topic.