Licensing agreement denied – Huawei has to pay $10.6 million in damages

Licensing agreement for LTE standards at the heart of the dispute 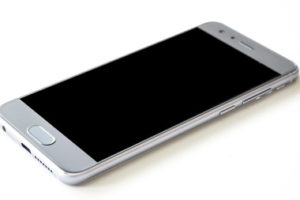 The Chinese smartphone manufacturer Huawei has intentionally infringed five patents of the American PanOptis and its subsidiary Optis Wireless Technology, LLC. Four of the contentious patents are essential for the 4G LTE standard, another patent refers to the video coding standards. The verdict was pronounced on August 27, 2018 after a jury trial in the U.S. District Court for the Eastern District of Texas in Marshall.

The lawsuit was preceded by a patent transfer. Optis Wireless Technology is the assignee of several patents originally protected by Ericsson or Panasonic. Four of these patents for LTE standards are now covered by the current case.

Assignment of a patent

Patent law regulates the rights of the inventor very precisely. In the event of a possible patent transfer in Germany, patent law and the German Civil Code (BGB) cooperate.

Regulations from the Patent Act

The right to the patent can be transferred by means of an assignment agreement. The assignment is a transaction of disposition, namely the transfer of an object of purchase in accordance with § 398 and § 413 BGB.

Pursuant to Sec. 15 (1) Patent Law, Sec. 22 (1), the transfer of a patent is possible without formality by means of identical declarations of intent and even by conclusive acts. However, in view of the formal procedure, the submission of a certified declaration of transfer or the written patent transfer agreement is required.

After an effective assignment of a patent, all rights under that patent pass to the new owner. Only the personality rights of the inventor cannot be assigned (true mention of the inventor in the patent register).

Between 2014 and 2016, PanOptis repeatedly sought a licensing agreement with Huawei on the patents in dispute. In accordance with the generally important standard of LTE technology in mobile communications, the draft of such a license agreement followed the FRAND provisions customary in this area (see also: Info Blog: Nokia’s license plans for 5G smartphones – fair license fee?). Huawei, however, did not respond to this agreement.

Last Monday, the Texas jury confirmed the allegations of patent infringement and ordered Huawei to pay 10.6 million damages. This sum results from the period of patent infringement. On 18 July 2014, PanOptis had demonstrably sent Huawei all the lists of disputed patents. This was considered a reference period, as the jury found that Huawei deliberately infringed all five patents in question.