Long awaited, now it has been decided by the Federal Cabinet: the modernisation of patent law in Germany. It contains some major changes to patent infringement proceedings – is this the end of the Injunction Gap? –  and clarifies the proportionality of injunctive relief, i.e. of patent trolls. 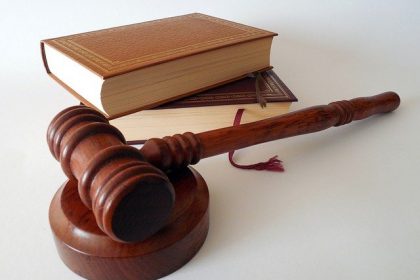 The bill “To simplify and modernise patent law” was presented as a government draft and adopted by the Federal Cabinet on 28 October 2020. Usually such a law will actually enter into force a few months later, i.e. probably in spring 2021.

There are two main aspects of the current practice of patent infringement proceedings which the new law on the modernisation of patent law aims to improve:

Injunctive relief must be proportionate

On the one hand, proportionality considerations are to be taken into account in future in the case of injunctive relief for infringements of patents and utility models To this end, the existing § 139 PatG will be supplemented and it will be expressly regulated in § 139 PatG that the right to injunctive relief can be limited exceptionally if the claim to injunctive relief due to special circumstances would lead to a disproportionate hardship for the infringer or third parties which is not justified by the exclusive right. Analogously, the same shall be formulated as a law for utility models, here as an amendment to § 24 of the Utility Model Act.

Time limit for proceedings at the BPatG – Is this the end of the Injunction Gap?

On the other hand, nullity proceedings before the Federal Patent Court (BPatG) are to be significantly accelerated. This has been expected by many parties for years in order to end the so-called “Injunction Gap” between patent infringement and nullity proceedings as far as possible.

In previous practice, the court has usually set a date for oral proceedings in contentious proceedings. Up to now, this could cause a delay in the proceedings if the parties did not present their case in full until the date of the hearing or at the hearing itself – a tactical element and also known as an element of abuse due to the possible injunction gap.

The regulation now adopted goes in the desired direction in this matter.

As in the past, the patent proprietor will be invited to declare his intention to file an application for a declaration of invalidity within one month of receiving notification of the application. A statutory period of one additional month is now introduced for filing the grounds for opposition.
The court will then have up to four months to examine the submissions of both parties and prepare the qualified statement.

Therefore, § 83 PatG introduces a period of time within which the BPatG must submit its notification decision to the infringement court: this must be done within 6 months. The Federal Patent Court will be empowered to disregard any submissions of the parties received after the expiry of the time limit for the notification order.

Furthermore, § 82 PatG is amended: an obligation to serve the action immediately and without delay is added. In addition, § 82 PatG-E creates a time limit regulation for nullity proceedings in paragraph 3, thus eliminating the previous setting of time limits by the Federal Patent Court. The time limit is two months in total and starts with the service of the action on the defendant. The previous practice was to set by the BPatG deadlines for pleadings under § 99 PatG in conjunction with §§ 273 et seq. ZPO. This is no longer the case with the modernisation of patent law.

In the precise definition of proportionality in injunctions, the adopted draft law addresses both the specific situations of licence infringements and long periods of research and development.

In summary, it can be said that the law provides for several case constellations in which an exceptional restriction of the patent right to injunctive relief for reasons of proportionality is advocated. This is the case when

The law therefore deliberately dispenses with concrete criteria and refers to the necessity of individual case decisions.

The bill provides for many more changes, lot of them technical, and adjustments to modernise the patent law. Of these, the following amendments should be mentioned at this point:

The German Patent Act will be supplemented by a reference that for supplementary protection certificates (SPC) a – retroactive – revocation by the property right owner himself should be possible (so far this could only be done upon request of a third party). In addition, further processing (analogous to § 123a PatG) will also be possible for supplementary protection certificates. For this purpose, § 16a (2) Patent Law is to be amended.

Are you looking for advice on patent law and patent protection?

Our attorneys have many years of expertise and will be happy to advise you. Please contact us if you are interested – we look forward to your call!

RegE_PatMog2: Bill on the modernisation of German patent law