Every year The United States Patent and Trademark Office (USPTO) issues a “Patenting by Organizations” report. For the past 20 years International Business Machines Corporation (IBM) is leading the ranking. 2014 IBM received a record of 7481 patents granted. But what about 2015?

Our infographic shows you the top 10 companies that were awarded the most patents in the United States of America in 2015: 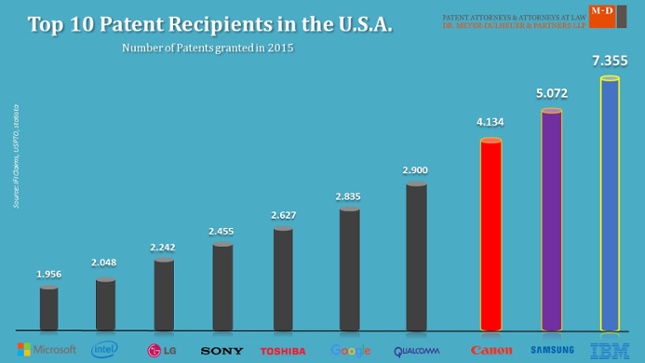 Apple not in the top 10 ranking

Like every year before IBM is leading with -again- 7355 patents granted. Samsung received 5.072 and Canon placed rank 3 with 4.134 patents. Number of patents issued by the USPTO: