How much does a patent application really cost? 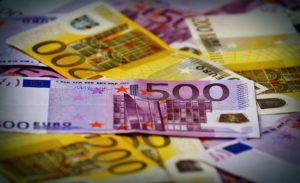 Descriptions, sketches and diagrams ? all those items belong to an invention in order to make it comprehensible especially for the German Patent and Trademark Office (GPTO). Indeed the GPTO charges fees for the application. And once the patent rights are granted, there will arise further costs. In the following article we have summarized which costs you will have to face in order that you know from the start what you have to expect as a patent applicant.

Certainly you?ve once already heard that the GPTO demands fees for the application of a patent. We have reported about it in this article. Even at the application you have to consider several cost factors. For example, before the actual application the research should be done in order to be sure that your invention does not belong to the state of the art and your invention can thus be patented. You can order the research directly at the GPTO combined with the application or at a researcher who is specialized on patents. A rigorous investigation which is not only relinquished to the official department costs money and therefore this should be considered as well. If the research has revealed that your invention is actually new enough, further application fees will follow. They vary between 40 and 135 Euros, depending on whether the patent application ensues online or on paper and whether it is a national or international application. Additionally a charge of 150 Euros for the audit procedure and a charge of 300 Euros for the research, which the DPMA is definitely conducting before the substantive examination, arise. Eventually you would also have to pay a fee for the expert if you decide to seek professional help. The audit procedure may extend according to the complexity of the invention. The longer it lasts the higher the charges for the patent attorney are since he has to argue opposite the GPTO as often as the department has queries.

Indeed the costs don?t end with the grant of your patent. Since a patent has to be elongated until it finally expires after 20 years, costs arise every year. Additionally there is always the possibility that you have to defend your patent in judicial procedures which certainly cost money, too ? Even if your invention benefits from patent protection this protection is not unchallengeable.

Annual charges for the preservation of the patent

Indeed the charges will be halved if you?re willing to grant licenses. If you want to apply for a patent, you should definitely consider this matter. After all licenses surely pay off as the franchising is not only worthwhile because of the savings of the annual charges but also because of the additional source of income.

A European Patent is more expensive

Similar charges for the application and the maintenance exist also at the European Patent Office (EPO). The difference is that they are higher: the application fee costs 120 Euro, the research fee at least 875 Euro, the additional research 1.285 Euros. Certainly this is intelligible as the European Patent covers more countries than only the application for Germany. The research and audit thus are more sophisticated. Additionally some countries like for example Spain expect a translation of your application in the respective official language. Furthermore a designation fee of 580 Euros has to be paid. Since 2009 this automatically includes all states which have signed the European Patent Convention (EPÜ). This also includes states which aren?t a member of the EU like Turkey or Swiss. The annual charges have to be paid after the third year like in Germany and cost 465 Euro at the beginning. Until the 10th year the fee increases until 1560 Euros and remains on this amount until the 20th year. Thus in total the extension of the protection period costs 23.855 Euros. Different from the German patent law there is no ?discount? for granting licenses.

Can the “small patent” offer an alternative?

A possibility to obtain property rights more favorable is the application for a utility model, also known as the “small patent”. The requirements for the granting are the same like for an invention, indeed the department only examines the formalities and not the novelty or the inventive mind of the invention. The research fee which you have to pay when applying for a patent at the GPTO is not required in this case. Indeed it is advisable anyway to retain an expert with the research in order that you don’t endanger your invention afterwards. Take care in your scheduling that this research might be a further cost factor even though it is not stringently required by the department. Technical and chemical procedures are excluded from this kind of property rights and the maximum duration is 10 years instead of 20. Therefore the application and the granting run much faster (mostly it only takes a few months) and your invention still enjoys the full protection rights. Considering the circumstances it is only advisable for some inventions to apply for a utility model. Instead of an annual fee, you only have to pay a maintenance fee which has to be paid after 3, 6 and 8 years respectively. In total, inclusive the application and an (optional) research fee, the registered design costs 1370 Euros for the whole term of protection. For small inventions this might in some circumstances even pay off more likely than a patent application.

You should definitely schedule a budget for a litigation

An additional cost factor which many inventors tend to miss when planning the budget is the possibility that the desired patent or registered design might be litigated after the grant of the patent. That means that any competitor is able to file an action for annulment against your patent respectively is able to file a cancellation request of your utility model. We can tell from experience: The validity of your property right will finally be judged in the nullity proceedings respectively the cancellation procedure. The thorough examination for novelty which the GPTO does for patents doesn?t change anything about this matter. The procedural costs are bore by the defeated party but until the court?s final decision you have to bear the costs yourself. This variable means the temporary end for a lot of projects as the corresponding budget hasn?t been scheduled.

A final sum can only hardly be designated

Given the several possibilities for a patent or utility model application the final costs can only be estimated roughly. Among others they depend on

An attorney can counsel you concerning the appropriate IP strategy. The above sample calculations apply especially for the most necessary fees like the application and the maintenance of the term of protection. Thus you are able to get an idea which costs may come up to you in the long term, if you like to patent your invention.