The semiconductor manufacturer Intel was successful with an appeal before the Federal Patent Court. The German patent for radio communication by Intel was granted, which had previously been rejected by the DPMA. The BPatG explained what is obvious for an expert in radio communication. 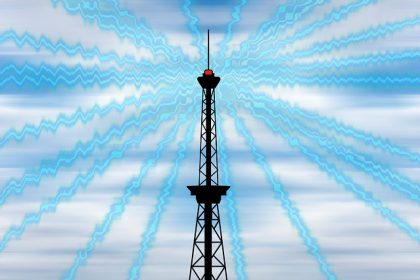 Intel had filed an appeal against the initial rejection of the desired patent application by the German Patent and Trade Mark Office (DPMA).

In its reasoning for the ruling, the BPatG made it clear above all what obvious conclusions the court draws as a matter of course for a radio communications expert.

The controversial German patent for radio communication was mainly opposed by the counter-argument of US 2009/0207093 A1 (publication D1). Accordingly, the challenged decision of the DPMA’s examining division was upheld, according to which the patent did not meet the requirements of novelty (§ 3 Patent Law) or inventive step (§ 4 Patent Law). In addition, the DPMA had considered the subject-matter of the original application as extending (§ 38 Patent Law).

In several points the DPMA’s examining division had found an extension of the original application. In particular, Intel had referred to HS-PDSCH in the application – not quite correctly – as HSDPA. Furthermore, according to feature E1a, the receiver could receive the first channel signal from any number of base stations; instead, it was disclosed that the signal could only be received by a maximum of six base stations.

However, the BPatG contradicted the DPMA’s statement. The BPatG explained that an expert was aware that in HSDPA operation the HS-PDSCH (High Speed Physical Downlink Shared Channel), which is not power-controlled and is time-shared, is used for fast downlink data transmission to several mobile stations. The uplink is also discussed in the description, including checking the antenna mode, e.g. regularly or event-controlled. The second channel could thus be designed as a data transmission channel in HSDPA (High Speed Digital Packet Access) operation of the UMTS mobile communications system. By this, the expert meant the physical channel HS-PDSCH (High Speed Physical Downlink Shared Channel) in HSDPA mode, even if this was not explicitly mentioned in the description.

In any case, the BPatG stated that the first and second channel signals could not be identical and did not see any extension of the original patent application.

In addition, the patent application repeatedly made it clear that the UMTS mobile radio system and its HSDPA operating mode were only examples of execution, the court explained. Thus, the skilled person would conclude from the application as belonging to the invention that the receiver can receive the first channel signal from several base stations, depending on the specific mobile radio system, whereby the number is of course not limited to six, the BPatG judged with reference to feature E1a.

The court also examined the objection to the patent application in the same extensive and detailed manner, namely that the patent lacked novelty and inventive step. Of particular interest in this context was the publication US 2009/0207093 A1 (publication D1), which describes three disadvantages of known MIMO communication systems with exclusively vertical polarization of the antennas. In comparison, claims 1, 2, 3, 6, 10, 14 and 15 of the Intel patent were examined.

It may still be obvious to an expert from the D1 publication in combination with his expert knowledge of mobile radio systems that a first channel signal is received by several base stations and a second channel signal is received by only one base station (features E1a, E2a), the BPatG stated. However, an expert had no reason to change the radiocommunications equipment known from publication D1 in the direction of the missing feature parts or features W1, W2, W3 and W4. Therefore, the subject matter of claim 1 – and correspondingly also of claim 2 – was considered new compared to publication D1 and also based on an inventive step, the BPatG ruled.

And since, according to the doctrine of publication D1, the reception quality is a criterion for the mode change, there is no reason for the skilled person to use the reception quality as a criterion for preventing the mode change, the court added. Even if, as can be seen from Figure 7 of publication D1, the change of the operating mode of the antenna is only permitted or carried out at certain times, this cannot be regarded as the function of a mode change blocking circuit in the sense of features WB and WB1. Thus, the subject-matter of claim 3 was also considered to be new and inventive compared to the radio communication device known from publication D1.

The features W10 (sender criterion) and W12 (weighting between sender and receiver criterion) of the subject-matter of claim 15, in turn, were in fact neither known nor suggested from publication D1, the court concluded its review. Claim 15 was therefore valid.

Finally, publication US 2009/0209212 A1 (publication D2) was countered. However, this has hardly any contact with the patent according to BPatG.

Would you also like to apply for or defend your patent?

Our attorneys have many years of expertise in patent law and are authorized to represent you before any patent office or court in Germany and internationally.
Please contact us if you are interested.