From Privileges to Patents – The History of Patents 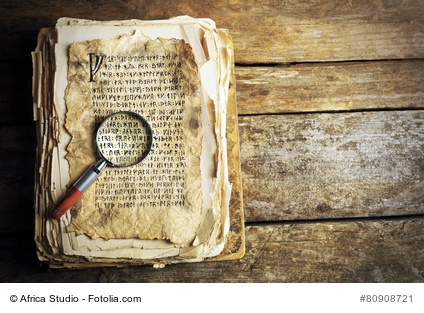 Today we will travel back to the beginning of patents. Did you know how the patent system developed? When was the first patent applied for? And how did patents look like in their time of creation?

That?s How It All Began?

We?re getting back to the Middle Ages. At these ages the protection of inventors started. Back then privileges (monopoles) were granted to traders which allowed you the sole practice of a certain profession or the exclusive utilization of a certain idea. Indeed the development of inventors? protection passed of very differently from country to country:

It was not until the end of the 18th century that inventors obtained the entitlement of patent issuance by diverse patent laws:

The Development of Patents in Germany

Before the foundation of the empire there was no unique patent law in Germany. Free-trade, prohibitive tax and industry privileges were some reasons for this. Thus only the bigger German states had own patent laws.

Only after the foundation of the empire, Germans realized that the German industry would not be able to persist in international competition without a unique patent system. Therefore in 1877 the first unique patent law was launched. The patent office of the empire was formed. Since then until the end of the WWII, the patent right was modified several times, especially after the reform in 1936. Due to the separation of Germany patent laws developed differently in the BRD and the DDR from 1949 on. From the patent office of the empire now the German patent office emerged, as a superior federal agency of the BRD.

In the GDR the patent office ?department for inventions and patent system? (AfEP) was re-established in 1950 and conducted the development in the field of patents, designs and drawings as well as with the innovators? movement. In the same year the GDR issued a new patent rights system which superseded the one from 1936 which was still valid. From now on the inventor should be able to utilise the result of his creative labour according to the interests of society. The law distinguished between economic and exclusionary patents.

If an invention emerged in the context of work, it was automatically granted as an economic patent. This was the case until the German reunification in 1990.

From now on the German Patent Office assumed the functions of the AfEP with its 600 employees and about 13,5 Million patent documents. Since then there is a unique patent system in Germany. In the extension law it was ruled that a property right or an intellectual property application from the time before the reunification would automatically extend to the respective other part of the country.