Is it possible to become an exclusive licensee through a subsequent contractual agreement? All the more so as the plaintiff’s active legitimation before the Düsseldorf Higher Regional Court depended on the assessment of a contract clause under Dutch law. 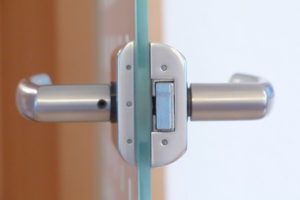 The subject-matter of the appeal proceedings for a patent infringement action was a European patent with effect for Germany concerning a so-called “quick-change mandrel” (I-15 U 102/16): This is composed of a longitudinal body and a fastening means to which a tool can be fixed. The plaintiff had objected to an embodiment registered for the defendant as a German utility model and offered by it in Germany.

Lack of knowledge not only helpful

The first issue in dispute was whether the plaintiff was entitled to claim infringement of the plaintiff’s patent at all. The plaintiff referred to a subsequent agreement on an original licence agreement with the patent proprietor, according to which it was granted an exclusive licence right to the patent in question. Dutch law was applicable for the assessment of this decisive clause through the already existing license agreement. According to § 293 ZPO, foreign law must be examined ex officio. The Düsseldorf Higher Regional Court (OLG Düsseldorf) – unlike the lower court – complied with this in full.

The interpretation of the license agreement was controversial above all because the patent proprietor was allowed to grant an additional license to A-brand manufacturers under certain conditions. The plaintiff asserted that this had been made subject to conditions for the existence of which the defendant bore the burden of presentation and proof. The defendant’s denial with ignorance that one of the conditions had not been fulfilled was not sufficient. The defendant, on the other hand, argued that if the wording had been correctly interpreted – by a Dutch court – the LG Düsseldorf should have come to the conclusion that by simply mentioning the international PCT application on which the plaintiff’s patent was based, no exclusive license to the plaintiff’s patent should have been granted.

Business-to-business contracts to be seen in overall circumstances

The OLG rejected this argument. According to the court, even for business-to-business contracts – in both German and Dutch law – it is not only a question of express agreements, but also of the other circumstances of the individual case and the legitimate expectations of the contracting parties. It does not follow from the exercise right for the grant of a further licence alone that the patent proprietor has actually made use of the right to which it is entitled. Only if this actually happened would the unrestricted positive right of use and the negative right of prohibition granted to the plaintiff by the contract be restricted. Nor did the Court accept the defendant’s objection that the applicant had not paid the minimum licence fee and, as a result, had also become a non-exclusive licensee: Neither the payment of the minimum fee was a contractual condition for the granting of the licence nor could the defendant prove that the plaintiff had not paid the fees. The Court therefore expressly confirmed the applicant’s right to sue.

It is not only the appearance that counts

Technically, the main issue was to what extent the protection of the plaintiff’s patent could also be determined in a function-oriented manner: The defendant complained that a “latch” is not to be understood as the positioning balls used by it only because these have a locking function on the device. However, the court ruled that it was not necessary to limit a handle to a very specific physical shape instead, based on the descriptions in the patent, and thus agreed with the previous instance’s remarks. However, the physical shape of such a pawl is not entirely arbitrary either; axial locking mechanisms such as a threaded connection or a clamping screw, for example, are not covered by the plaintiff’s patent, since they cannot be fixed to the fastener and also cannot be moved automatically into the notch on the longitudinal body. The result was therefore already a direct patent infringement under Sec. 9 German Patent Law.

However, the defendant had also isolated the longitudinal bodies provided with the said notch, which, according to the judgement, nevertheless constituted an essential element of the invention. The court saw this as a contributory patent infringement under Sec. 10 PatG, since the corresponding notch in the longitudinal bodies could reasonably have been dispensed with. The argument that, according to the defendant, the longitudinal bodies could theoretically also be used differently did not convince the court: it was not a question of theoretical but of actual patent-free possibilities of use, which the defendant, however, could not prove. Therefore, the court even considered a prohibition to be justified and thus unreservedly prohibited the defendant from offering or supplying the products. The cease and desist order thus extended to all acts of use of Sec. 9 and Sec. 10 German Patent Law.

It should be noted that the OLG Düsseldorf makes the same core statement in its decision under both contractual and patent law: a license may in principle be limited or it may also be subsequently limited as a result of the occurrence of a condition. Similarly, patent protection does not exclude all functional alternatives to a protected invention or one of its essential elements.

However, the judgment also makes it clear that the court does not allow mere assumptions to suffice, but attaches clear material and procedural conditions to any limitations of the scope of patent protection, which the court did not consider to be fulfilled here.

The OLG therefore ruled in favour of the plaintiff and dismissed the defendant’s appeal against the judgment of the Düsseldorf Regional Court of 15 November 2016 (Case No. 4a O 10/16).