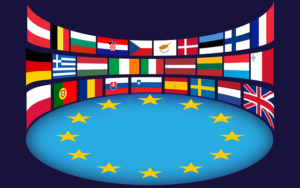 Which Aims does the EU Trademark Reform Target?

The changes to the trademark guideline and regulation serve the modernization and improvement of existing standards and policies. The reform shall make the European trademark law easier and less bureaucratic. Thus the cooperation between the member states? trademark offices and the Office for Harmonisation of the internal market will be simplified. A new fee schedule will be established as well. It entails some cost reductions for trademark applicants respectively holders.

All existing and planned fees we?re dealing with refer to online submissions. Normally these are cheaper than applications submitted on paper.

Graphic Representability shall No Longer be Obligatory for a Trademark Application

At the moment one of the most important factors for getting a trademark registered, is its graphic representability. This applies to special kinds of trademarks as well, e.g. sound marks and scent marks. The trademark reform will fundamentally change this. The graphic representability will no longer be the most important criterion to assess a trademark?s registration. Thus other forms of representation will be accepted as long as they meet all other requirements: A trademark?s representation has to be completed in itself, easy of access, understandable, durable and objective.

A further suggested amendment is the renaming of the decentralized agencies. Thus the terms shall be adjusted to the ones agreed upon in the contract of Lisbon. The following institutions and instruments will be renamed

How can Applicants Benefit from this Reform?

The key point of the planned reform is the restructuring of the European trademark system in order to make it more efficient. The new fee schedule might be the most interesting matter concerning trademark applications. The community trademark will therefore become more cost-efficient for companies in the long run. The possibility to use only one Nice class shall put an end to the practice of unnecessarily exploiting all three possible Nice classes with a trademark application. Some changes, like the amendments to a trademark?s representability, will make it easier to apply for special trademarks like sound and smell marks. The renaming of some institutions is a mainly formal step.