Placing goods on the market in breach of IP rights is often punishable by provisional measures. But what is reasonable and appropriate compensation if these measures are subsequently unjustified, e.g. because a patent is later declared invalid? And may damages be determined by national courts?

The interpretation of the ECJ (EU:C:2019:722) on what constitutes adequate damages for unjustified interim measures is a response to a reference for a preliminary ruling from Hungary on the interpretation of Article 9(7) of Directive 2004/48/EC – the Union Directive on the enforcement of IP rights.

“Where the provisional measures are revoked or where they lapse due to any act or omission by the applicant, or where it is subsequently found that there has been no infringement or threat of infringement of an intellectual property right, the judicial authorities shall have the authority to order the applicant, upon request of the defendant, to provide the defendant appropriate compensation for any injury caused by those measures.”

The right to reasonable compensation for the damage caused by the interim measures appears at first sight to be regulated in this way, but the devil is – as so often – in the detail. Is it in the hands of national courts to determine the extent and nature of damages?

What is fair and appropriate compensation? 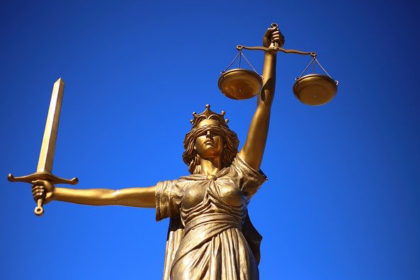 In particular, the term “appropriate compensation”, i.e. reasonable damages for unjustified provisional measures, has so far been interpreted differently by the national courts.

The referring Hungarian court took the view that the general provisions of the Hungarian Civil Code on liability and damages must be interpreted in accordance with Article 9(7) of EU Directive 2004/48, since Hungarian law has no provision for the case of unjustified provisional measures.

However, the referring court was not sure whether the national courts had jurisdiction only to determine the principle of a claim for damages or whether they could also determine the nature and amount of the damages.

The ECJ gave a clear answer with its ruling. It is indeed for the national courts to decide whether the applicant for unjustified interim measures is to be ordered to pay damages at all. However, such compensation must then be appropriate.

In order for that ‘appropriate compensation’ to follow the idea of equality in the Union, that concept must be subject to an autonomous and uniform interpretation, the Court explained.
The ECJ ruled therefore that its interpretation could not be left to the national jurisdiction of the Member States.
In other words, the nature and amount of damages for unjustified provisional measures are determined uniformly and in accordance with Union law, not with national jurisdiction.

No breach of TRIPS Agreement

This does not violate the obligations under the TRIPS Agreement either, the Court made clear. It is true that the TRIPs Agreement leaves its members free “to determine the appropriate method for the implementation of that agreement in their own legal system and practice” (Article 1(1)). But it also provides for the possibility of including a more comprehensive protection than that required by this Convention, the ECJ explained.

This possibility was applied by the European Court in its interpretation of the IPR Enforcement Directive. The aim of the EU is to ensure a high, equivalent and homogeneous level of intellectual property protection in the legal order of the Union and its Member States, the ECJ stressed.

The dispute in the main proceedings: Bayer Pharma AG vs. Richter and Exeltis

The present interpretation of the ECJ concerns a dispute in the main proceedings with many twists and turns between Bayer Pharma AG (Germany) and Richter and Exeltis (Hungary). Bayer Pharma suspected the placing on the market of products in violation of the IP rights conferred by a patent and demanded provisional measures against the alleged infringers Richter and Exeltis.

The assessment of the situation becomes interesting if one considers the events in the time axis: In August 2000, Bayer filed a national patent application in Hungary for a pharmaceutical product with a contraceptive component. This application was published in October 2002 and patent protection was granted on October 4, 2010.
However, Richter began marketing contraceptives in Hungary in November 2009 and Exeltis in October 2010.

The European Court of Justice therefore also expressed its fundamental opinion on the legality of provisional measures. These are justified above all if any delay would cause irreparable damage to the holder of an intellectual property right, the Court explained. Therefore, determining whether an application for interim measures is unjustified presupposes in particular the risk of irreparable harm caused to the IP right holder by a delay in provisional measures.

The referring Hungarian court would therefore have to examine whether Richter and Exeltis marketed their products even though a patent had been applied for by Bayer or a patent existed which opposed this marketing, the ECJ stated.  If so, this should be assessed as an objective indication of the risk of irreparable harm. The national courts must also take into account the fact that the establishment of barriers to legitimate trade is avoided and that there is a guarantee against their abuse, the court added.

It therefore remains to be seen how the main proceedings will be judged. In any event, this interpretation of the ECJ brings binding clarity to the competences of the EU in the case of unjustified provisional measures for infringement of IP rights.

Would you also like to defend your patent or trademark?

Our attorneys have many years of expertise in trademark law and in all aspects of intellectual property protection and are entitled to represent you before any court – in Germany and internationally.
If you are interested, please contact us.