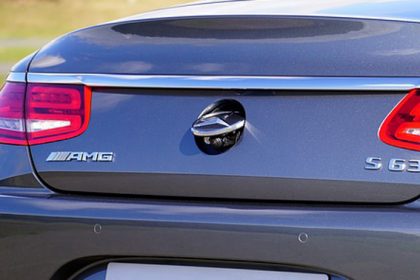 The action for a declaration of invalidity was directed against German patent 103 02 541 (‘the opposed patent’), filed at the German Patent and Trade Mark Office on 23 January 2003, the grant of which was published on 4 July 2013. The patent in dispute, entitled “Device for optical traffic space monitoring in a vehicle”, is relevant for the entire automotive industry.

Relevant documents of the counterclaim, which have been asserted in the invalidity proceedings, are patents of Daimler, Nissan and Bosch, among others, which describe methods and devices for car rear view cameras, as well as for the monitoring of the surrounding and interior space of cars and the rear or front space of a parking motor vehicle.

Originally filed by Conti Temic microelectronic GmbH (Germany), the patent in dispute – after a procedure for licenses and willingness to license – was transferred in 2014 to London Optical Car Systems LTD (UK), which is the patent holder in the now decided nullity proceedings.

The lawsuit, filed in April 2018, asserted inadmissible extension of the patent and lack of patentability. The German Federal Patent Court (BPatG) has now ruled in this case, upholding the plaintiff and declaring the patent on optical traffic space surveillance to be completely invalid  (1Ni6/18).

Inadmissible extension of the patent

An inadmissible extension did not exist, the patent proprietor defended himself, because the limitation to partial inventions resulting from the application documents was permissible under patent law. Therefore the question is: how was the patent filed? The original claim 1 mandatorily prescribes an optical unit with a close-range optical system and a long-range optical system, the beam path of which is combined in a common optical central unit, whereas the granted claim is directed to a device with an undefined “optical unit”. The applicant considered that this constituted an inadmissible extension.

The Court clarified that a patent applicant can always formulate a different claim in the course of the examination procedure which goes beyond the original one. The newly formulated task in the present case was aimed at the additional partial task of low self-heating in the area of an optical unit which was not further restricted. However, this objective is already formulated in the disclosure document OS (103 02 541 A1). A limitation to only one specific optical unit with two different optical ranges – as formulated in the original claim 1 – was not advisable in view of the thermal problem, explained the BPatG and noted the inadmissible extension of the patent.

The court also ruled in favour of the plaintiff on the question of patentability of the patent in dispute for car rear view cameras and assessed in detail various features of the patent claim with regard to power supply unit, supply unit, computing power of the processors and the positioning of the components.

The patentee had referred to the alleged division of the power supply unit into two parts. When using a camera as a sensor in car rear view cameras, the clock frequency of this unit was defined by the pixel clock at the output interface. On this basis, none of the printed matter cited by the applicant was detrimental to novelty in respect of the invention covered by the patent at issue, nor did it suggest that it was.

In addition, feature 1.2b.1 requires computing units with different clock generators in the optical and supply unit, whereby the one in the supply unit specifies the higher operating frequency. However, powerful computing units have, among other things, high clock frequencies, since these are one of several adjustable parameters that the expert can design according to requirements, the court explained. Therefore, an expert would read the requirement set out in feature 1.2b.1 in an obvious way.

Characteristic 1.2.b was also revealed by the imaging system in D4, the BPatG added. This feature provides above all that the optical unit, the power supply and the data processing unit can be located at different positions in the vehicle. The court conceded that a structural or constructional combination in a single unit was not in fact disclosed, but that this was not necessary either, because it could not be assumed that there was only one structural unit for the one supply unit.

The German patent for optical traffic area monitoring was therefore declared completely invalid. This became provisionally enforceable against a security deposit of 120 % of the amount to be enforced.

Do you also want to protect or defend your patent?