The patent application for the Audi patent ‘Data communication’ was rejected by the DPMA, but Audi appealed against this before the BPatG – successfully. The focus was on the question of whether the exact sequence of steps for data communication was inventively different from the known prior art. 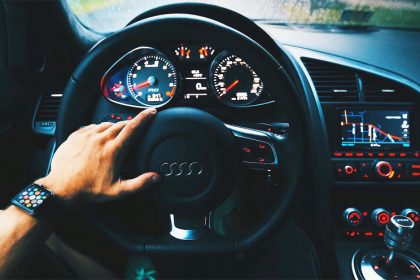 Basically, this Audi patent revolves around linking the cockpit and infotainment system in vehicles with navigation, Internet, mobile  phone and audio/video. These service functions of all modern vehicles require an exchange of all data, i.e. data communication in vehicles. This is achieved by virtualization with multiple operating systems through a hypervisor. In such a data transfer method, Ethernet data packets are transferred between a partition and a network interface; in practice, however, this can lead to an undesirable increased CPU load.

This is where the patent of Audi AG (patent 10 2018 200 555.9) comes in: the patent application presents a vehicle electronics unit with at least two virtual machines (patent claim 1) and a data communication method (patent claim 7). On the one hand, the special interaction of various hardware and software components of a vehicle electronics unit is described, and on the other hand, the method for data communication with special features is described, according to which the received data packet is part of a data message which, in addition to the header, also has a message signaling interrupt. This, in turn, is provided to a message signaling interrupt control function (an ‘ MSI handler ‘) which provides a virtual interrupt to the virtual machine.

Examination of inventive step – which publications are known?

DPMA had rejected the patent application on the grounds that it was not based on an inventive step. This is a frequent point of dispute for the rejection of a patent application and also for the maintenance of a patent. For the examination of inventive step (§ 4 German Patent Act), the known prior art is used and the question is clarified whether the invention would have been obvious to a person skilled in the art.

This is because the P1 publication describes hardware and software mechanisms that allow multiple isolated virtual machines managed by a “virtual machine monitor” – i.e., a hypervisor – to have simultaneous direct network access.

However, at least the instructions of features M2.1, M4.2, M4.3, M5.1 and M5.2 are not to be taken from P1, the Federal Patent Court (BPatG) explained. These features relate in particular to the mode of operation of the claimed filter and routing unit (in particular according to feature M2.1) and also do not result for the skilled person in an obvious way from the P1 publication.

The BpatG conceded that it could generally be inferred from P1 that the data packets are transferred by DMA accesses via an Ethernet network and that a PCI-based system is used for this purpose. However, P1 does not provide any reason for the special approach of the patent applied for to transmit an input message to an Ethernet driver simultaneously with the writing of a data packet into an RX buffer of the network card, which in turn sends a trigger signal to a filter and routing unit, which by means of another trigger signal causes a PCIe driver to copy the data packet via its own DMA outputs.

Publication P2 (US 7 620 955 B1) also does not suggest the Audi invention, the court added. Publication P2 describes the exchange of data packets between virtual machines in kernel-based virtualized systems in which both real physical and virtual buffers are provided for data exchange.

It is true that P2 discloses a specific sequence of steps performed between the receipt of a data packet and the copying of that packet into a “guest receive packet data buffer”. However, the BPatG ruled that a person skilled in the art could not derive any suggestion from this to carry out the exact and specific sequence of the individual data processing units according to patent claim 1 in the Audi patent. In addition, the transfer of the data packet in P2 also does not use a filtering and routing unit that was provided by a “virtual machine monitor” according to filtering and routing rules (feature M2.1). The fact that the filter and routing unit evaluates a header of a data packet and transmits a data packet via its own DMA outputs is also not evident from the publication P2.

The DPMA’s rejection decision was therefore overturned by the court and the patent – filed on January 15, 2018 – was granted in full.

This case shows once again that an appeal against a patent rejection by the Examining Office can be quite successful. The more specialized the expertise is for assessing the invention, the more possibilities there are for a successful appeal.

Feel free to contact us, our team of patent attorneys and attorneys-at-law has years of expertise and well-founded knowledge.