Apple and Google accused of patent infringement: Apple Watch and Chromecast in focus

In America, both Apple and Google were accused of patent infringement last week, and in Germany Varta claimed patent infringement in Samsung headsets. Although this is not new for these companies and the definition of the scope of protection by patents is not always clear, the allegations are of great importance for technology companies. After all, this is essential technology. 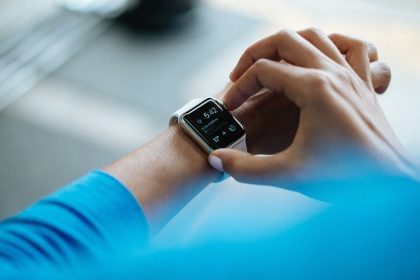 Apple Watch sued by MasimoThe medical technology company Masimo filed a lawsuit in the U.S. court in California last week. Apple is alleged to have contacted Masimo before the launch of the first Apple Watch with a view to possible collaboration – but only as a cover for a working relationship, as the company now accuses Apple of. According to Masimo, Apple allegedly received confidential information from the poached employees. In detail, patent infringements by the health functions of Apple Watch are claimed above all.

This is explosive, not only for Google. This is because Sonos models support Google and Amazon’s language assistants ex works.

The lawsuit specifically concerns five patents. Google is said to have used the inventions protected by these patents to connect different audio devices, to synchronize music and to set up all devices. In 2013, Sonos and Google initially worked together to integrate Google’s music service into Sonos’ home speakers. However, Google then used the information gained to develop its own devices. Sonos is seeking a fine and a ban on sales of Google’s speakers, smartphones and laptops in two US courts.

Amazon, which like Google uses Sonos models for its language assistants, has also infringed the relevant patents, Sonos has already discovered according to press reports, but did not want to bring legal action against two tech giants at the same time.

And the German battery manufacturer Varta also drew attention last week with its dismissal of the patent infringement, which initially caused a significant drop in Varta’s stock market price. Varta is defending itself with warnings and also threatens to issue interim injunctions if the companies concerned do not react. Specifically, Chinese batteries that infringe Varta’s patents have been installed in Samsung cordless headsets for some time now. The warnings are therefore directed both at the major trade channels such as Amazon and Media-Markt-Saturn and at Chinese companies. Samsung was also made aware of the infringements.

In all cases there have been prior contacts and exchanges between the parties. There is an unbroken trend in all sectors of the economy to develop marketable products through cooperation. And more and more frequently, the current or former partners are arguing in court about patent infringements, lengthy and cost-intensive proceedings. This makes it all the more important to clarify access to the inventions from the outset with clear agreements, contractual arrangements and detailed licensing agreements.

A good and comprehensive patent search is equally important. After all, a patent infringement also exists if a protected invention was used unknowingly. Here, the assumption applies that everything that is generally accessible to the public can be assumed to be known.

Of course, there are databases and search engines with which registered patents can be searched, but a professional patent search, as offered by patent law firms, provides greater security. Patent searches are also part of the services we offer in our office with extensive expertise.

Our attorneys have many years of expertise in patent law as well as in the entire field of intellectual property and are entitled to represent you before any court – in Germany and internationally. We also have extensive expertise in concluding licensing agreements and in professional patent searches.
Please contact us if you are interested.