Appeal fee not paid on time – Consequences for legal aid?

An appeal may be lodged against a rejection decision in patent proceedings and an application for legal aid may also be lodged. But what happens for legal aid if failure to pay the appeal fee within the time limit leads to the appeal being deemed not to have been filed? German BPatG’s recent ruling about Restitutio in integrum and legal aid.

One month to lodge complaint 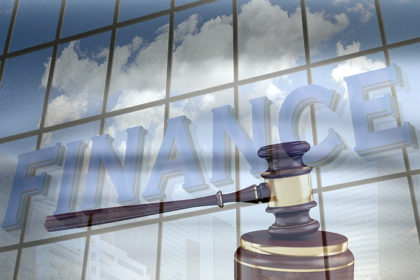 The Patent Act (PatG) and the Patent Costs Act (PatKostG) provide for a one-month period for filing an appeal against a decision in patent proceedings (§ 73.2 PatG, § 6.1  PatKostG).

In the present case (19 W (pat) 47/18), the payment of the appeal fee in due time had been missed and the one-month period expired on 15 October 2018. In support of his failure to do so, the applicant stated that, contrary to his written instructions, his attorney in court, who had been assigned to him in the patent proceedings, had not lodged an appeal against the decision rejecting the application.

As a result, on 22 October 2018, he applied for restitutio in integrum and the missed payment deadline, since the failure had occurred through no fault of his own (§ 123.1 Patent Law). He also applied for legal aid for the appeal fee and at the same time appealed against the decision.

Was the patent attorney obliged to file an appeal?

The applicant had assumed that the attorney would also be his authorised representative for the appeal proceedings and that he would therefore be obliged to file an appeal on his instructions. However, this assumption was not correct, judged the Federal Patent Court (BPatG), because the appointment as representative existed only for the duration of the granted legal aid. The allocation and authorisation of the patent attorney ended with the notification of the rejection decision and the transmission of the decision to the applicant, the BPatG clarified in its judgment, because the allocation only existed until the end of the instance, in this case until the end of the examination procedure before the DPMA.

Procedural aid must be applied for separately for each instance

Legal aid must be applied for and granted separately for each instance (§ 119.1 German ZPO in conjunction with § 99.1 PatG), the BPatG specified. The appeal proceedings were a separate instance, even if the appeal did not have to be lodged with the appeal court.

Restitutio in integrum and legal aid within the time limit?

The BPatG ruled that the applications for restitutio in integrum and the application for legal aid had to be regarded as having been filed within the two-month time limit for filing the application. But the question was: will the missed fee payment also be shifted to the previous status?

The BPatG ruled that the missed payment of fees would only be made up within the application period if, in addition to the application for legal aid, all annexes thereto (§ 130.1 Patent Law in conjunction with § 117.2 ZPO) had been submitted by then. In the present case, however, no annexes were attached.

It is true that, in principle, the running of a time limit for the payment of a fee is also then inhibited pursuant to § 134 Patent Law, if the application for legal aid is filed without attachments. The BPatG clarified that this was not valid for the application for reinstatement in a missed payment period according to the case law of the Federal Court of Justice, however .

Request for restitutio in integrum is rejected

The petition for restitutio in integrum in the previous status of the missed deadline for filing the appeal and payment of the appeal fee was therefore rejected by the BPatG as was the petition for the granting of legal aid for the appeal proceedings.

Do you also need advice and support in complaint proceedings?