Algorithm under patent protection is generally not possible, because programs for computers are not patentable. Nevertheless, a different algorithm in a patentable process can help to prove novelty and inventiveness: the current “Head-Up-Displays” case study. 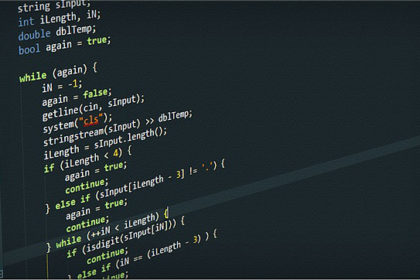 Two recent rulings before the Federal Patent Court (BPatG) make this clear and are nice current contributions for a case study and case law in the field of algorithms and computer-implemented inventions. In the case of “Head-Up-Displays” (17 W (pat) 25/17), the procedure itself was considered patentable for an improved automated brightness adjustment of the Head-Up-Display. The new algorithm used in this procedure was also mentioned by the court as an argument to differentiate and prove the novelty of the patent application from the opposing publication D4.

This is not the case in the patent application “Detection of a loose wheel” (19 W (pat) 41/18), in which the BPatG rejected the corresponding patent application due to a lack of inventive step. Not only the procedure for recording a loose wheel of a vehicle itself was regarded by the court as obvious for the expert, but also the calculation algorithm for the calculation of a dynamic reference value in the current driving situation was already known by a counterheld brochure, the BPatG explained.

Algorithm as such not patentable

According to the general provisions of both the German Patent Act (§ 1 (3) PatG) and the European Patent Convention (EPC), it is not possible to grant a patent on a pure algorithm. This is because “plans, rules and procedures for mental activities, for games or for business activities as well as programs for computers and data processing equipment” (Art. 52 c) EPC) are excluded from patent grant. The efficiency that can be achieved by an algorithm is not yet considered to be a technical effect. Nevertheless, a different algorithm in a patentable procedure can help to prove novelty and inventive step, as the two judgments of the BPatG make clear.

The patent application “Device and procedure for displaying information on a head-up display (HUD)” was filed with the German Patent and Trade Mark Office (DPMA) in December 2014 and claims the priority of a Korean patent application dated 12 December 2013. The DPMA had initially rejected the patent application due to lack of inventive step. The decisive factor was the cited publication D4 (US 2011 / 0102483 A1), which, like the patent applied for, dealt with a head-up display and the adjustment of the brightness of the display. In the D4 publication, however, the light hitting the sensor is essentially ambient light, which hits the sensor from the outside.

Although D4 as a whole has a similar objective as the patent at issue, D4 refers mainly to the adaptation of the human eye to the ambient brightness, whereas in the present application the differences between the ambient brightness and the background brightness are essentially in the foreground. This also leads to a different algorithm between D4 and the patent at issue. The Court therefore confirmed both novelty and inventive step in the contested patent “Head-Up-Displays”.

Case “Detection of a loose wheel”

The patent application “Detection of a loose wheel” describes a procedure for detecting a loose wheel of a vehicle and a corresponding computer program for this procedure. Known procedures for detecting a loose wheel or unpressurized wheel would require personal inspection or the use of additional components, such as optical indicators, which, however, may loosen in their predefined alignment on wheel nuts. Therefore, the patent describes a method of detecting a loose wheel of a vehicle by comparing the signal of a first wheel (determined based on a wheel speed signal) with the signal of another wheel (determined based on the wheel speed signal t(n) and a second reference signal). In the end, a dynamic reference value should be formed which takes the current driving situation into account.

On the one hand, the Federal Patent Court criticised the imprecise term “loose wheel”, which on the other hand was associated the term “wheel speed signal”.

Above all, however, this invention is opposed by two publications which were merged by the BPatG. With regard to the subject of the valid claim 1 after the main application, the court ruled that a procedure for recording a loose wheel of a vehicle was disclosed for the expert from the publication D1.

A further publication (DE 101 53 072 A1 (D3)) also describes a procedure in which a wheel speed signal of a first wheel is compared with the wheel speed signal of another wheel in order to infer wheel anomalies in the process. The BPatG ruled that this could be used to form a dynamic reference value that takes the current driving situation into account. According to publication D1, the expert uses the calculation algorithm known from publication D3 for this purpose. The court therefore rejected the patent application “Detection of a loose wheel” as not patentable due to lack of inventive step (§ 4 PatG).

Would you like to apply for or protect a patent?