5 Deadly Mistakes When Applying for a Patent 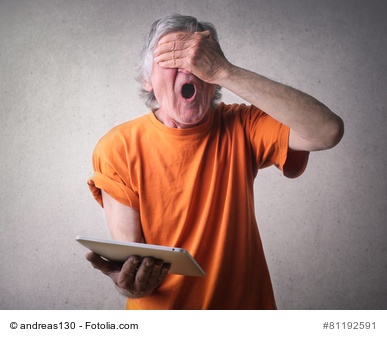 Contrary to popular opinion, the success of a patent is mainly decided during the very first steps of the patent application.

In order for your application to be successful there are a few things you should know, otherwise all the hard work might have been in vain.

Mistakes that you make when applying for an EU-patent can even lead to the patent?s denial or someday be held up against you. This is why we show you 5 mistakes to definitely avoid when filing a patent application.

A lot of patent applications are filed even though the involved inventions are not actually novel. Because a patent is an examined protective right the patent office could then deny the grant of your patent and all effort and investment would have been in vain. For this reason we you should do an elaborate research or have someone do it for you. Having an expert do the research can guarantee the highest level of security. But there is also the possibility of doing your own research by looking up free databases, like the ones that can be found on the homepage of the European Patent Office, Espacenet or even using Google?s own patent search engine.

2. The Invention Isn?t Kept Secret in the Run-Up to the Patent Application

3. There Are Formal Mistakes or Wrong Wording in Your Patent Application Documents

In 2012 the European Parliament resolved that errors in documents included with a patent application cannot be revised after the patent has been granted. Thus, even obvious errors in wording cannot be corrected anymore. Mistakes like these may seem innocuous at first, but can be all the more devastating and annoying. For instance, a small mistake in your wording may endanger your patent protection. Or if the patent claims or certain legal aspects are accidentally neglected this can make it easier for the competition to circumvent your patent, thus rendering your protection void. So, prepare your documents conscientiously.

4. You Aren?t Aware of the Further Costs

Patent applicants often fail because of the huge costs of a patent application which they haven?t informed themselves about early in advance. A European patent application is a very costly matter, especially if followed up by filings for multiple countries. Private individuals often don?t find it hard to pay for the initial patent application, but later struggle with extensive costs they didn?t take into account. Within one year you?ll have to decide which additional countries you want to include with your patent. Due to things like translation work etc. this can lead to a lot of extra costs. At this point many inventors give up because they cannot bear the expenses.

5. You Don’t have a Patent Attorney

All these mistakes can be avoided by getting help from a patent attorney, who knows how to file the documents correctly and keeps them free from any errors. Indeed, this costs you extra. But with the right attorney you can be sure that your patent application is flawless and your investment actually pays off.