An mattress bought via online purchase can be returned in the revocation also after removing the protective film, was today stated in opinion of Advocate General. After his interpretation it does not belong to the sealed goods, which are not suitable for the return for hygiene reasons.

Right of withdrawal for online purchase 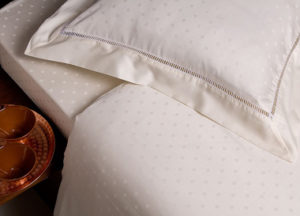 On 25 November 2014, Mr Sascha Ledowski, the defendant in the main proceedings, ordered a mattress for private use via the plaintiff’s website slewo. He exercised his right of withdrawal after removing the protective film from the mattress. Slewo refused to accept that and invoked a contractual clause according to which the right of withdrawal for sealed goods expires for reasons of hygiene if their sealing was removed after delivery.

The Federal Supreme Court (BGH) regards as decisive in this law case whether mattresses are to be seen in the sense of the appropriate European Union regulation as sealed goods with limited right of revocation. This is viewed very differently by the EU members , because mattresses can come with intended use directly with the human body into contact, but could be made marketable again by suitable cleaning measures of the entrepreneur.

The reference for a preliminary ruling therefore seeks an interpretation of Article 6(1)(k) and Article 16(e) of Directive 2011/83/EU and of the limitation of the right of withdrawal for a distance contract described therein. The question referred aroused considerable international interest: the Belgian and Italian Governments and the European Commission submitted written observations on it. The Italian government and the European Commission argued in favour of preserving consumers‘ right of withdrawal.

The Advocate General’s interpretation in today’s preliminary ruling strengthens consumer protection. Consumers must be able to examine and examine the goods purchased, but only to the extent necessary to establish the nature, characteristics and functioning of those goods. In that regard, the Advocate General considers that a mattress is comparable to an article of clothing which the legislature has expressly provided for to be returned to the entrepreneur.

Sealing within the meaning of the EU Directive

Furthermore, for a protective film to be regarded as sealing within the meaning of Article 16(e) of Directive 2011/83, it is necessary for it to be able to guarantee the cleanliness of the product it encloses. That criterion presupposes that that packaging is sufficiently resistant and that it cannot be opened without causing visible damage. Examples could be a sealed plastic film or a sealed metallic wrapping.

Mattresses not covered by the term “sealed goods”

The Advocate General therefore recommends that the EU directive be interpreted in such a way that goods such as mattresses which can be cleaned by the operator after direct human contact are not covered by the term “sealed goods which are not suitable for return for health or hygiene reasons” within the meaning of that EU directive. The action brought by slewo must therefore be dismissed. If the European Court of Justice were to endorse the opinion of Advocate General, consumer protection would be strengthened – prospects for the next year.

Do you need help concerning distance selling or widthdrawal?

Then please do not hesitate to contact us. Our lawyers consider each case individually and confidentially.