The European Court of Justice has made an important ruling on the right of withdrawal for consumers at German trade fairs. Trade fair stands should be treated as business premises if the consumer can expect a possible contract to be concluded at this trade fair stand. 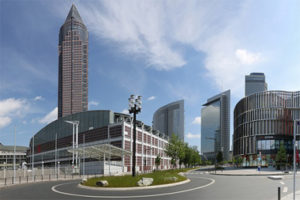 Right of withdrawal –  if contracts concluded outside of business premises

This judgement is important for all exhibitors at trade fairs in Germany. Especially at consumer fairs, the question quickly arises: Do consumers have a right of withdrawal at the trade fair if they have bought something there? If so, businesses must also inform consumers.

Because according to § 312.1 German Civil Code (Bundesgesetzbuch – BGB) the consumer is entitled to a right of withdrawal with contracts concluded outside of business premises. This must not only be granted by the trader, but he must also inform the consumer.

Therefore, the ECJ had to answer the question: is an exhibition stand business premises, especially if the company’s activities do not take place “on a usual basis” at the exhibition stand?

Is an exhibition stand a business premise?

Above all, however, the evaluation of trade fair stands has so far been unclear. Exhibitors at trade fairs have different sales structures – and this has consequences for the right of withdrawal. If an entrepreneur offers his products, which he essentially sells in a stationary commercial establishment, additionally for sale at a trade fair, a consumer who purchases these products at the trade fair would be entitled to revoke the above understanding of Art. 2 No. 9 of Directive 2011/83/EU. However, if the consumer were to purchase a comparable product at a neighbouring trade fair stand from an entrepreneur who only sells at trade fairs, he would not be entitled to a right of withdrawal because the entrepreneur working there carries out his activity permanently and usually at trade fairs.

“on a usual basis” does not mean permanently

The European Court of Justice now made it clear: even a trade fair stand of an entrepreneur at which the entrepreneur carries out his activities on a few days a year falls under the term “business premises” in the sense of this provision if the consumer has to reckon with the conclusion of a contract for the goods in question at the specific trade fair. This, in turn, must be examined and assessed by the national court. In this respect, the duration of the respective trade fair was not in itself decisive for the assessment. The expression “on a usual basis” within the meaning of Article 2(9)(b) of Directive 2011/83 should be understood as a reference to the customary practice of the activity in question in the premises and not as a permanent activity.

This judgement clarifies the previous uncertainty: All companies that are represented with a trade fair stand are treated like a stationary commercial branch. Therefore there is no right of withdrawal for the consumer.

Do you also need support as an exhibitor?

Our patent and law firm will work for the Taiwan External Trade Development Council at this year’s Automechanika Frankfurt. We monitor competitors’ products and innovations throughout the fair and take action in the event of any legal infringements.

We are happy to support exhibitors at trade fairs, directly through support at the trade fair or in the comprehensive legal protection of trademarks and patents. Please feel free to contact us today for a non-binding callback! Our lawyers treat each case individually and confidentially.