From 1 October 2016 on, there will be several changes to Patents Rules in the United Kingdom. The changes cover a range of procedures and requirements, with the aim to increase legal certainty, flexibility and reduce administrative burdens for patent applicants and owners. Read more about the changes in our article.

The government conducted a public consultation between February and April 2016, seeking views on a package of proposed changes to the Patents Rules 2007. These rules govern the detailed requirements which must be met for a patent to be granted. They also set out the procedures which must be followed when applying for a patent or making changes to a granted patent.

In light of the responses received, the government will take forward the proposed changes, adjusted as appropriate in light of comments received. The changes are being made to increase legal certainty, make procedures more flexible, and reduce administrative burdens for patent applicants and owners.

This guidance summarises the changes and their impact on businesses and individuals who use or have an interest in the patents system.

Where a patent application is terminated because the applicant unintentionally failed to meet a deadline, it is possible to request reinstatement of the application. However the current deadline for requesting reinstatement is complicated to calculate and causes confusion. The deadline will change on 1 October 2016.

• Allowing extensions to the period for providing an address for service

All patent applicants must provide an address for service in the European Economic Area or Channel Islands. This enables the IPO or other parties to contact them about their patent application or patent. Currently the period for providing this address is two months and the period is not extendable.From 1 October 2016 applicants will be able to request a two-month extension to this period. This can be done by filing Patents Form 52 accompanied by the relevant fee (currently £135). The request for an extension must be made no more than two months after the period has expired.

• Relaxing the requirements for formal drawings

On 1 October 2016 the legislative requirements relating to technical drawings included in patent applications will be relaxed. They will allow shading in drawings, providing the shading does not obscure other parts of the drawing. It will also be possible to include black and white photographs, providing they are clear and capable of reproduction.

This will bring the legislation more clearly into line with current IPO practice, providing clarity and legal certainty for patent applicants. The IPO will continue to reject drawings and photographs if they are not suitable for publication.

International patent applications are initially processed by the World Intellectual Property Organisation (WIPO) under the Patent Cooperation Treaty (PCT). The applicant can then choose to continue the patent application process in individual jurisdictions. This part of the process is known as the “national phase”.

This change concerns name or address details registered with the IPO in relation to a patent application or a patent. The law is currently unclear about what requirements apply when a customer wishes to update this information. Such an update will be necessary when the information was previously correct but there is then a change in situation.An example may be a house move or a change of name. 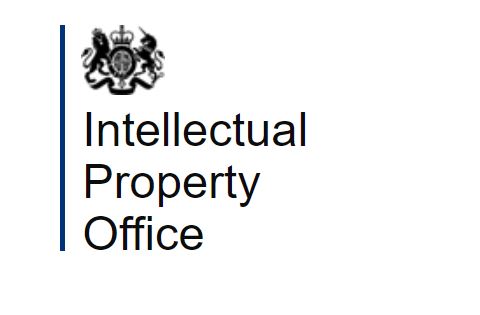 • Advertising amendments made during proceedings

This change concerns the situation where the validity of a granted patent is challenged during infringement or revocation proceedings. The patent proprietor may request to amend the patent in order to avoid revocation.

The legislation is clarified on 1 October 2016 to reflect that, under the Patents Act, the IPO has discretion over whether to advertise such amendments. In practice the only amendments not advertised would be those which are so insignificant that no-one could be expected to want to oppose them.

Amendments to a patent which are proposed to avoid revocation are very unlikely to be insignificant.

It follows that these amendments will be advertised.Guidance such as the Manual of Patent Practice will set out the factors the IPO will consider before deciding whether to advertise or not.

• Removing certain requirements for multiple copies of documentsFrom 1 October 2016 it will no longer be necessary to provide duplicate copies of Patents Form 51. This form is used to appoint or change a patent agent.It will also no longer be necessary to file an international patent application in triplicate, when using the IPO as a receiving office under the Patent Cooperation Treaty.

Patent claims define the scope of the monopoly provided by the patent by setting out the technical features present in the invention. Sometimes claims are drafted in such manner as to refer generally to the description or drawings included in the patent application.

Such claims do not state the technical features of the invention claimed and are known as “omnibus claims”. Understanding these claims can be difficult and can lead to a lack of clarity about the scope of protection provided by the patent. This can make it difficult for businesses to know if they are likely to infringe a competitor’s patent.

From 6 April 2017 it will generally no longer be allowable to include omnibus claims in UK patent applications. They will only be allowed if the technical features of the invention cannot otherwise be clearly and concisely defined using words, a mathematical or chemical formula or any other written means.

Any granted patents including such claims will remain valid.

Currently, patent holders must notify the IPO annually of the address to which renewal payment reminders are sent (where it differs from the registered address for service). From 6 April 2017, it will no longer be necessary to make this annual notification.

Instead, the IPO will continue to use the address previously provided, until it is cancelled or updated by the patent holder. This change will reduce an administrative burden for patent holders. It will also provide them with an increased opportunity to use our online renewal services. These services are not available if an address is being notified at the same time as payment of the renewal fee.

>> Check all the information in detail at the IPO here

Do you have any questions about patent rules? Please contact us, our attorneys will help you individually.