Brexit: Termination of the London Act of the Hague Agreement

Different sort of a “Brexit”: The London Act of the Hague Agreement from 1934 has been terminated. The Agreement concerns the International Registration of Industrial Designs. In our article you will find the necessary information you need. 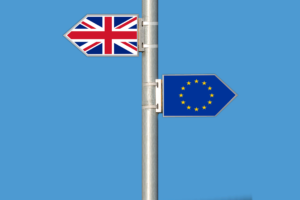 On 11 October 2016, the World Intellectual Property Organization (WIPO) announced the Termination of the London (1934) Act of the Hague Agreement Concerning the International Deposit of Industrial Designs.

1. Following the decision taken by the 15 Contracting Parties to the London (1934) Act of the Hague Agreement Concerning the International Deposit of Industrial Designs, namely, Benin, Côte d’Ivoire, Egypt, France, Germany, Indonesia, Liechtenstein, Monaco, Morocco, the Netherlands, Senegal, Spain, Suriname, Switzerland and Tunisia, at their Extraordinary Meeting on September 24, 2009, to terminate that Act, the Director General of WIPO has received, as of July 18, 2016, all the required instruments of acceptance of termination or instruments of denunciation1 .

2. Consequently, in accordance with the above decision, and pursuant to Article 54(b) of the Vienna Convention on the Law of Treaties of May 23, 1969, the termination of the 1934 Act and of the Additional Act of Monaco, will become effective on October 18, 2016, that is, three months after the deposit of the last required instrument of acceptance of the termination of the 1934 Act2 .

3. It is recalled that the application of the 1934 Act has been frozen since January 1, 2010. Thus, since that date, it has not been possible to file international deposits under the 1934 Act, or to make designations governed by that Act in an international application3 .

2 Refer to The Hague Notification No. 130 (www.wipo.int/treaties/en/registration/hague).