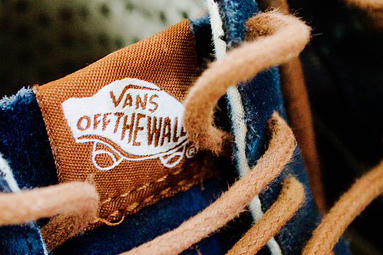 The applicant in this case is Deichmann SE, the proprietor of the earlier figurative mark. In September 2011, the intervener Vans Inc, established in California, USA, filed an application for registration of an EU figurative mark with the Intellectual Property Office of the European Union (EUIPO). That figurative mark showed thin lines arranged as in a V with a hook at the top. In October 2011, Deichmann filed a notice of opposition against this trademark registration and invoked his own earlier figurative mark, which showed a V. The opposition was filed in October 2011. The Opposition Division and also the Board of Appeal of the EUIPO rejected the opposition as the overall visual impression of the respective figurative marks was different and there was no likelihood of confusion. Deichmann brought an action against that decision.

Does the consumer see the letter V?

Deichmann disputes the different overall impression, since the earlier mark is perceived by the consumer as the letter “v”. The applicant also takes the view that the dashed representation of the vans shoe is intended to indicate the position of the contested mark. Consequently, the mark applied for is a ‘positional mark’ despite the indication ‘figurative mark’ on the application form. The mark applied for therefore constitutes a single figure and not, as the Board of Appeal found, a design consisting of two parallel lines.

However, the European Court (CJEU) rufused these arguments today. The classification of a trademark as a “position mark” was not mentioned as a separate trademark category in the corresponding trademark guidelines. In any event, the decision states that the classification of a “position mark” as a figurative mark, as a three-dimensional mark or as a separate category of marks is irrelevant for the assessment of its distinctive character.

The Board of Appeal was also correct in finding that the oblique attachment of the earlier mark to a shoe prevents it from being perceived by consumers as representing the letter ‘v’. The applicant submits that the inclination of the mark on the shoe does not allow the letter ‘v’ to be identified.

However, in a direct comparison of the lines, there are clear differences between the two marks, in particular in the colour and thickness of the lines drawn, but also in the shape. The Court of First Instance held that the figure of the earlier mark could be divided into two parts, whereas the mark applied for had three parts.

By a second plea, Deichmann additionally claimed that the Board of Appeal had wrongly held that it had not adduced proof of its earlier international trade mark. The background to this is that Deichmann had submitted a German extract from the “CTM-Online” database of the EUIPO. This does not meet the requirements of Rule 19 of Regulation No 2868/95 for sufficient proof of the earlier right, since it is neither an official document of the issuing authority nor a translation of such a document.

This was confirmed by the CJEU in its today’s judgment. Rule 19(2)(a)(ii) of Regulation No 2868/95 excludes the possibility of submitting extracts from a database providing access to documents which do not originate from the trade mark registration office. Since the EUIPO is not the competent authority for the registration of international trade marks, extracts from the EUIPO’s “CTM-Online” database cannot be considered as evidence of international trade mark registration, since the EUIPO is not the authority which registered the trade mark. In principle, however, it is quite possible to submit documents from a database, such as the database of a competent national office, as evidence of the earlier right.

Deichmann’s action was therefore completely dismissed by the CFI.

Would you also like to protect your trade mark or brand?