Medion AG won the LIFE trade mark dispute against LIFE COINS. The judgment of the European Court of Justice not only highlights the likelihood of confusion between Union word marks, but also between goods in Nice Class 38 for telecommunications services and Nice Class 9 for, inter alia, modems, mobile telephones and computers.

Opposition by the proprietor of the earlier Unionmark 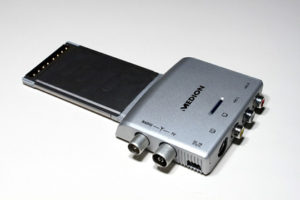 On 28 January 2014, the German applicant CompuGroup Medical AG filed an application for the Union word mark LIFE COINS for goods and services in Nice Classes 9, 38, 41, 42, 44 and 45. On 19 May 2014, the German intervener Medion AG,  filed a partial opposition against the application for registration in respect of the following goods and services in Classes 9, 38 and 42: the opposition was based on the earlier Union word mark LIFE of Medion AG, which was registered on 9 February 2015, with a date of application for registration of 10 August 2005, under number 4585295, for numerous goods and services in Classes 7 to 11, 16, 28 and 42.
In June 2016, the Opposition Division upheld Medion AG’s opposition in respect of all the goods and services except “medical laboratory services” (Class 42). The plaintiff filed an appeal against the decision with the EUIPO on August 2016, which was partially successful. By decision of 25 April 2017 (contested decision), the Board of Appeal largely upheld the recognition of the opposition, but annulled the decision of the Opposition Division in so far as it concerned the “collection and delivery of news (press agencies)” in Nice Class 38. That was not sufficient for the applicant.

The applicant claimed that the goods and services covered by the earlier mark LIFE and the goods in Class 9 covered by the contested mark were not identical or similar. That concerns a whole series of goods and services in Classes 38 and 42 in respect of which the contested mark is claimed. However, the Court of First Instance rejected that argument as inadmissible, since it was the first time that the applicant had made use of that argument on behalf of the CJEU. The Court emphasised that the pleadings of the parties submitted in the course of the proceedings before the CJEU could not alter the subject-matter of the proceedings before the Board of Appeal. The CJEU therefore confined itself to an assessment of the services in Class 38 claimed by the challenged mark.

The Opposition Division’s and the Board of Appeal’s finding that the goods and services in Classes 9 and 42 are identical cannot be reviewed. And the Board of Appeal rightly held that the services in Class 38 are telecommunications services which, by their very nature, are complementary to the telecommunications equipment (Class 9), such as “modems”, “mobile telephones” and “computers”, and are therefore similar to them.

The Court has already held that the term “life” is part of the English basic vocabulary (judgment of 12 February 2015 in Case T-318/13 Vita Phone v OHIM (LIFEDATA), not published, EU:T:2015:96). LIFE is not descriptive of the goods and services in respect of which the earlier Medion AG mark has been registered, according to the CJEU. For the goods and services concerned, the term has no meaning and is therefore of average distinctiveness. The Court also rejected the applicant’s argument that the term “life” appeared in more than 8 000 registered marks and that therefore were doubts as to the average distinctiveness of the element “LIFE”, since no evidence was produced to support that claim.

Aural and visual similarity between the marks in dispute

Accordingly, the Court of First Instance examined the phonetic and visual similarity between the two marks at issue. According to settled case-law, consumers generally pay more attention to the beginning of a mark than to its end and generally remember the beginning of a sign better than its end, the Court argued. The additional element “coins” in the mark applied for does not dominate the overall impression created by the mark in the mind of the relevant public. Therefore, the marks are visually and phonetically similar.

The action brought by CompuGroup Medical AG was therefore dismissed in its entirety.