RUTINI versus RUBINI – and dominance of the components of a trademark

The CJEU ruled on Wednesday in the case Rutini versus Antonio Rubini – Italian wines against Argentine wines. At the same time, the Court clarified the dominance of the elements of a trademark and the distinctiveness of first or last names. 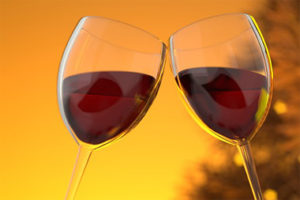 The applicant Enoitalia SpA of Italy applied for registration of the word sign ANTONIO RUBINI as a trade mark for Class 33 “Alcoholic beverages (other than beers), wines”, which was granted by the EUIPO in 2013. The Argentinian company La Rural Viñedos y Bodegas SA Ltda successfully challenged this registration: in 2015, the EUIPO Cancellation Division granted the application for a declaration of invalidity and annulled the contested EU word mark for all goods. La Rural Viñedos y Bodegas is the proprietor of the earlier EU figurative mark RUTINI, also for Class 33 and the same goods as the contested word mark. The EUIPO Cancellation Division saw a likelihood of confusion between the marks. Enoitalia SpA brought an action before the ECJ against that decision.

Distinctness of first or last names

Since, in the present case, the contested mark consists of a combination of a common first name and a common surname, a consumer would perceive both equally and consider the mark as a whole, the applicant argued.

Both parties to the dispute agreed that the first name in the disputed word mark “Antonio” was a very common first name and therefore less distinctive than the surname.

In the present case, the Board of Appeal correctly applied first the principle that word marks do not contain dominant elements. Nevertheless, the Board of Appeal took the view that the surname Rubini would attract more consumer attention than the common first name Antonio, since, according to the overall impression of that mark, it was the surname which the consumer would remember. The CJEU confirmed this argument.

The CJEU upheld the decision of the Board of Appeal that the word element’rutini’ is very similar to the earlier mark and the second word element “rubini” is very similar to the contested mark, since they have five of a total of six letters in the same order. So what is the value of the first name Antonio in the disputed word mark? The CJEU considers that the word element’antonio’ in the contested mark is not sufficient to compensate for the visual and phonetic similarity of the signs, since the first name Antonio is less distinctive than the surname and is therefore not distinctive.

The dominance of the elements of the earlier figurative mark 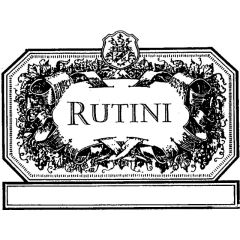 The applicant also asserted that in the earlier EU figurative mark it was not the word element “RUTINI” that was dominant but the surrounding figurative elements. The ECJ pointed out that, in particular, the inherent characteristics of each of the elements of a composite mark should be taken into account by comparing them with those of the other elements. Furthermore, the relative position of the various elements within the arrangement of the composite mark may be taken into account. In the present case, the dominant element of the earlier mark is the word element “rutini” and not the figurative elements, since they do not overshadow the word “RUTINI”, which is not small and is in the centre of the mark.

In its statement of grounds, the Board of Appeal found that the two disputed surnames were conceptually very similar because they were both “probably of Italian origin”. However, the applicant argued that, according to settled case-law, names of anonymous or fictitious persons cannot convey a concept.

The CJEU contradicted the argument of the Board of Appeal and made it clear that signs consisting of word elements which can be perceived as surnames are not necessarily conceptually similar. Conceptual differences may counteract visual and phonetic similarities if at least one of the marks in question has a clear and specific meaning for the relevant public, so that they can perceive it immediately. However, this is not the case here. The public would perceive the word elements of the marks in question as names of persons with no particular conceptual meaning, unless the name was particularly well-known as the name of a famous person. But this does not apply either to Rutini or Rubini.

Finally, the CJEU upheld the decision of the Board of Appeal of EUIPO and annulled the contested word mark of the applicant Enoitalia SpA.