Right of prior use in German case law

The right of prior use for a patent is based on § 12 German Patent Act (PatG), according to which the property right cannot be applied against the person who has already used the invention before someone else has had it patented. This is because, from the time of filing, the property rights are normally granted to the person who first filed the invention – the “first to file principle”. However, if someone has used an invention earlier, he has a right of prior use – even before the patent applicant.

According to the settled case law of the Federal Court of Justice (BGH), the act of use or event required under Sec. 12 PatG for the acquisition of a right of prior use presupposes that the person acting has acquired independent ownership of the invention. Possession of an invention is given if the technical teaching resulting from the task and solution is objectively completed and subjectively recognized in such a way that the actual execution of the invention is possible. Such knowledge is lacking if the technical action has not yet gone beyond the stage of experiments. (Quoted and translated from BGH, judgment of 12. 6. 2012 – X ZR 131/09 – Desmopressin)

Right of prior use

The supply of objects to a third party to carry out a patent-protected process, against which the right of prior use is asserted, is basically an indirect act of prior use. This is the rule and therefore, the indirect prior user may not switch to direct use, as this would deepen the encroachment on the scope of protection of the patent. 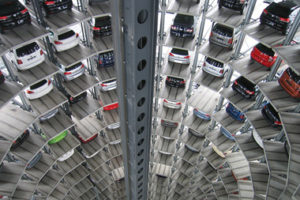 In the constellation before the Higher Regional Court of Düsseldorf (OLG Düsseldorf (judgment of 14.03.2018, I-15 U 49/16 – Protective cladding)), however, there was an immediate pre-use action: the pre-user switched to producing the entire device himself. This was a direct act because it did not deepen the intervention in the protected area. Because the previous user carried out only such actions himself, which third parties had carried out so far quasi as his “tool”. Therefore no further development was given, which goes beyond the extent of the past use. This was in line with the fact that the right of prior use covered the exchange of distribution partners without increasing their number.

As an exception, the OLG clarified that he was entitled to direct use if he had previously supplied all components for the execution of the procedure and the supplied means could only be used in a technically and economically meaningful manner in accordance with the patent. If these conditions are met, the indirect prior user may offer the means to his existing customers as well as to any third parties and supply them, whereby all customers are entitled to directly use the invention. In addition, the OLG Düsseldorf ruled that under these conditions he was entitled to apply the patent-protected procedure himself. 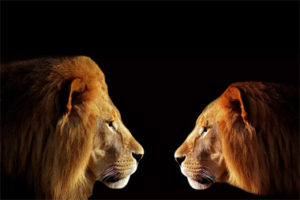 In general, trade and patents today are internationally oriented. With regard to the right of prior use, European patents remain subject to national regulations. Since a European patent corresponds to a bundle of national patents, § 12 PatG is applicable to Germany in this respect. However, the findings of the Federal Supreme Court in a German design law proceeding on the question of whether a right of prior use resulting from preparatory acts requires domestic action, or whether preparatory acts abroad are sufficient, are also interesting. In accordance with the case law on patent law, the BGH comes to the conclusion that only preparatory acts in Germany can establish a right of prior use (BGH, judgment of 29 June 2017, Ref. I ZR 9/16 – Bettgestell).

A contractual agreement excludes a right of prior use