Refilling with goods from another producers – trademark infringement?

The Federal Supreme Court has made a ruling on whether the refilling of a container with goods from another manufacturer constitutes a trademark infringement in Germany.

The central issue of this judgment is a trademark dispute over the Tork brand paper towel dispenser systems and matching paper towels on reels as refills for the catering, industrial and healthcare sectors. The defendant operates a wholesale business with hygiene products and offers, among other things, paper towel rolls as refills with the note “also suitable for Tork dispensers”. The defendant’s refill product is not marked with a trademark.

The plaintiff invoked its own Union trademark, which had been registered since 2008, and saw it infringed. The plaintiff invoked Article 9 (1) 2a of the Community Trade Mark Regulation (CTMR) (Article 9.2a of the Union Trade Mark Regulation (UMV)), which reads as follows:
The proprietor of a Union trade mark has the right to prohibit third parties from using in the course of trade, without his consent, a sign for goods or services where the sign is identical with the Union trade mark and is used for goods or services which are identical with those for which the Union trade mark is registered.

Both the Munich Regional Court and the court of appeal dismissed the action for infringement. The decisive factor for the decision was the understanding of the public and the consumers’ expectation that there were basic devices for a large number of goods whose operation required the use of material which did not originate from the manufacturer of the basic device.

Consumer expectations and understanding of the target public are decisive 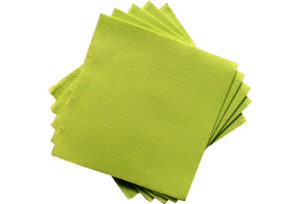 With its ruling, however, the Federal Supreme Court (Bundesgerichtshof, BGH) demands an even more detailed examination of the understanding of the target public and consumer expectations. The Court recalls the guarantee of origin as the main function of a trade mark and that it is impaired if it is difficult or impossible for a normally informed and reasonably observant consumer to ascertain whether the goods or services offered originate from the proprietor of the trade mark or an undertaking economically linked to it, or rather from a third party.

The Court of Appeal must therefore re-examine the understanding of the target public with regard to the identification of towel dispensers with the trade mark and a possible link to the content. In particular, it must be ascertained whether the consumer himself fills up the product and whether the refill itself bears a recognisable mark.

Lead decision of the BGH

b) For the question of whether the public actually establishes such a connection in the individual case, it can be decisive whether the refill product itself bears a mark recognisable to the public when the product is used, whether consumers carry out the filling process themselves and whether the public is accustomed to the container being filled with goods from other manufacturers. The relevance of trademarks in the product area at issue may also have an effect on the public’s perception.

It is precisely the latter aspect of the BGH’s guiding principle that may be relevant to the present case. In the case of products in the so-called AFH area (away-from-home area), brands play a lesser role, and there is also a variety of existing towel dispensers and systems, which are also regularly used free of charge. The Court of Appeal therefore had to examine whether and to what extent this circumstance had an effect on the perception of the relevant public, the BGH ruled. 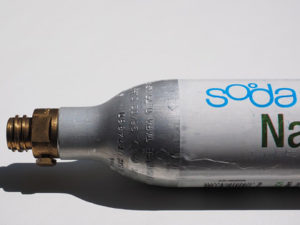 The questions relevant to the dispute concerning the interpretation of the Union Trade Mark Regulation were sufficiently clarified by the case-law of the Court of Justice of the European Union, the BGH clarified, referring to a judgment in the Viking Gas case of the ECJ of 2011 ( C:2011:485 ), which concerned gas cylinders protected as three-dimensional trade marks which were intended by an exclusive licensee for the placing on the market of refilling. A competitor of the licensee nevertheless offered refilling.

In this case, the ECJ ruled in favour of the competitor and against the trademark owner of the gas cylinders. The ECJ justified its decision by stating that the gas cylinders, which were intended to be reused several times and were also to be paid for by the consumer, were not merely packaging of the original product but were to be regarded as a product themselves. The exclusive rights conferred by Directive 89/104 are exhausted by the sale of gas cylinders to consumers, which enables the economic value of the mark to be realised, according to ECJ. In particular, purchasers would no longer be free to exercise their right of ownership but would be tied to a single gas supplier for the subsequent refilling of those cylinders.

The rulings of both the ECJ and the BGH on the refilling of a container with goods from another manufacturer show that an understanding of traffic, the general interest in maintaining undistorted competition and consumer expectations and consumer experience are decisive factors in assessing whether a trademark infringement has occurred. Each case must therefore always be examined individually, but the ruling of the BGH provides clear German guidelines for the examination.