Proof of genuine use of a Union trade mark

Merck won the Flexagil trademark dispute before the European Court on Thursday. The focus was on the proof of genuine use of Merck’s Union figurative mark. Proof in only one EU member state and for a short period of less than three months was sufficient. 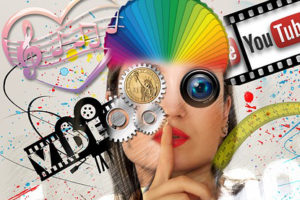 The plaintiff in this case (EU:T:2018:791) is DRH Licensing & Managing AG, with its registered office in Zurich (Switzerland). In June 2015, the applicant filed an application for revocation of the registered trade mark on the ground that the evidence of use submitted by the proprietor of the Union trade mark, German Merck KGaA, was not sufficient to establish genuine use of the challenged trade mark. Unlike the Cancellation Division, the Board of Appeal of EUIPO dismissed the revocation application in October 2017. The applicant then put forward a single plea in law alleging infringement of Article 51(1)(a) of Regulation No 207/2009.

The applicant based its action on allegations that the documents submitted were not admissible and, in particular, that advertising measures were insufficient evidence, all the more so as they were established in Hungary only and only for a very short period.

Proof of genuine use of a trade mark must be examined in the light of all the facts and circumstances which may establish that the trade mark is actually being commercially exploited. According to recital 24 in the preamble to Regulation 2017/1001, a Union trade mark is liable to revocation upon application to the EUIPO if, within an uninterrupted period of five years, the mark has not been put to genuine use in the Union in connection with the goods or services in respect of which it is registered.

The European Court has ruled in previous cases that the use of the challenged mark need not always be extensive in order to be considered genuine. It is not possible to determine from the outset and in the abstract a minimum degree of use. The intensity of the genuine use depends on the nature of the product or service and on the structure and size of the market concerned, but not on the extent of the proprietor’s entrepreneurial organisation. (Opinion of Advocate General Colomer of ECJ in Ansul C 40/01, EU:C:2002:412)

Were the documents submitted admissible?

The applicant claimed that the documents showed the earlier mark in a different form from that under which it was registered. Merck had shown the challenged mark Flexagil with the addition of the word “krem”. According to the applicant, that is a significant change in its distinctive character. The CJEU rejected that argument on the ground that the word “krem” played a secondary role and had a weak distinctive character.

The figurative element was not present on the majority of the invoices anyway. However, this was also permissible, the court ruled. The court clarified that invoices are intended to show the list of goods sold, so that the number or the name of the article concerned appears on them. This is also the case where the invoices do not concern goods but advertising for the goods on which the trade mark is affixed.

The documents submitted by Merck essentially consist of invoices for advertising measures for the challenged mark in various media, advertisements, media plans, a list of turnover figures and extracts from websites. Advertising measures in Hungary were of particular interest. The costs involved amounted to more than 31,000,000 Hungarian HUF (approximately 94,000 euros) for an extremely short period of slightly more than two months, which the Court considered not to be negligible.

Advertising measures as proof of genuine use of a trade mark?

Proof of genuine use does not require a larger geographical area

The applicant also considered that the evidence of use of the challenged mark had not been adduced, since the advertising measures had been adduced only for Hungary. This was not territorially sufficient, the applicant argued. The CJEU also rejected that plea. For the purposes of assessing whether there is genuine use in the Union, the borders and also the size of the territories of the Member States must be disregarded. In view of the large amount invested in Hungary for the advertising measures, the proven use is sufficient even in only one Member State.

ECJ case law: part of the EU for proof of genuine use

Already in 2012, the highest European court (ECJ) has ruled on this issue (Leno Merken, EU:C:2012:816). Already the use of the Community trademark in the territory of a single Member State is sufficient, the court had ruled. By proving the use of a trademark, this use is qualified as “genuine”, the ECJ explained, but the qualification depends on the characteristics of the product or service in question on the corresponding market and precisely not on use in a larger geographical area. The size of the territories of the member states and also their borders must therefore be disregarded. Rather, the decisive factors are the characteristics of the relevant market, the nature of the goods or services protected by the mark, the size of the territory and the quantitative extent of the use, as well as its frequency and regularity.

Only if a national court finds that, taking into account all the circumstances of the case, the use in a Member State is not sufficient to constitute genuine use in the Community, there is still the possibility of converting the Community trade mark into a national trade mark by applying the exception provided for in Article 112(2)(a) of Regulation No 207/2009.

Standard set for proof of genuine use of a trade mark

Even minor use may therefore be regarded as genuine if, in the sector concerned, it is regarded as justified in order to maintain or gain market share for the goods or services protected by the trade mark. This is even the case when such evidence is available in only one EU Member State and only for a short period of time.

Do you also want to protect or defend a trademark or brand?