No copyright protection to taste in the EU

Taste cannot be protected by copyright in the EU,  the European Court of Justice ruled today. It is an important judgement in the area of the European protectability of fragrance and taste, which has so far been handled very differently in the EU.

The European interest in this issue is great: the French, Italian and British governments have submitted statements in this case, as has the European Commission. 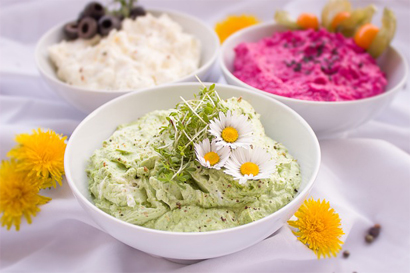 The background to today’s ruling by the European Court of Justice is the allegation of infringement of copyright in the taste of a spread dip with cream cheese and fresh herbs known as Dutch “Heksenkaas”. The plaintiff Levola Hengelo B.V. and the defendant Smilde Foods B.V. are Dutch food manufacturers. It is not surprising that, accordingly, it is a Dutch court which wishes to have the protectability of taste clarified by the highest European court. Because the Netherlands has always shown itself to be open-minded to regard fragrance and taste as protectable, while France and Germany have so far ruled out protectability – we reported (Protecting Scent Trademarks (2): how to present a fragrance?).

Is taste a work in the sense of copyright?

The referring court essentially wanted to know whether the taste of a foodstuff constitutes a “work” and can be protected by copyright under Directive 2001/29. In this context, the ECJ also had to clarify whether the term “works of literature, art and science” – and “regardless of the nature and form of the expression” in Art. 2 para. 1 of the Berne Convention refers only to optical or acoustically perceptible creations.

Not every original object is a “work”

The term “work” is an autonomous concept of Union law and Member States are not allowed to provide for further or different standards in this context, the Advocate General of the European Court of Justice (ECJ) clarified. A work must meet the criterion of originality, but this does not mean that any object meeting this criterion is automatically considered to be protected by copyright. However, the Directive on “literary, artistic and scientific works” had been extended by international agreements on new topics, for example also in the field of digital works such as computer programs by the WIPO Copyright Treaty. However, the taste of a foodstuff cannot be associated with any of the protected “works”.

“The WIPO Copyright Treaty expressly states that computer programs are protected as works of literature within the meaning of Art. 2 of the Berne Convention. Article 5 of this Treaty provides that databases in any form which, by reason of the selection or arrangement of their contents, constitute intellectual creations are also protected as such in this way.” (quoted from Opinion of General Advocat Wathelet)

Advocate General sees recipe as idea and not eligible for protection

Advocate General Wathelet recommended that taste should not be placed under copyright protection. Copyright protection extends to independent forms of expression and not to thoughts, processes, methods or mathematical concepts as such, the Advocate General clarified. Therefore, although the form of expression of a recipe could be protected by copyright – if it were independent – copyright does not protect the recipe as such (the idea). This distinction is called “idea/expression dichotomy”. The Advocate General also pointed out that independent forms of expression must be recognisable and presentable with sufficient precision and objectivity. However, an exact and objective identification of taste or smell is not yet possible.

Moreover, it is not the medium on or in which the work is fixed that is the subject of copyright, but the work itself. Therefore, the possible perishability of a foodstuff as such is not decisive – however, this also stands in the way of precise and objective identification. Above all, however, taste is primarily a subjective taste experience, an objective classification of which is not possible, and therefore it cannot be protected under copyright law. 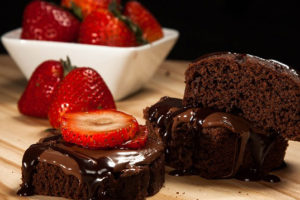 In today’s ruling, the ECJ concurred with this assessment. Directive 2001/29 precludes copyright protection of the taste of a foodstuff. Like the Advocate General, the ECJ made it clear that protected objects must be known clearly and precisely – for authorities and competitors alike. However, such a representation is not possible for taste. Unlike, for example, a literary, visual, cinematic or musical work, which is a precise and objective expression, the identification of the taste of a foodstuff is essentially based on subjective and variable taste experiences, since they depend in particular on factors related to the person who tries the product, such as age, dietary preferences and consumption habits, as well as the environment or context in which the product is tried. Therefore, the ECJ does not consider the taste of a food to be a “work” within the meaning of Directive 2001/29. The intellectual creation, on the other hand, cannot – as the Advocate General had already pointed out – fall under copyright protection, nor can procedures, methods of operation or mathematical concepts as such.

The preceding dispute between Levola and Smilde will continue on the basis of this judgment. By judgment of 10 June 2015, the Dutch court in Gelderland dismissed Levola’s action as unfounded. The reason given was not the (lack of) protectability of a taste, but the fact that Levola had not named which components gave Levola’s Streichdip its own original character and personal stamp.

No copyright- what about trademark protection?

Copyright for taste and fragrance can hardly be enforced in the EU after today’s ruling. As a result, the focus has shifted to possible trademark protection in this area, especially since the new EU Trademark Regulation No. 207/2009 of October 2017 theoretically permits such a trademark application. In the USA, it is generally possible to protect a fragrance as a trademark anyway. It was not until June 2018 that the toy manufacturer Hasbro received the fragrance trademark rights from the US Patent Office (USPTO) for the unique fragrance of its “Play-Doh” (Info Blog: Protecting Scent Trademarks (1): Practically possible in the US – Rather difficult in the EU).