Ferrero wins before the ECJ in the trademark dispute over packaging. In yesterday’s judgment, the European Court confirmed the previous decisions declaring a competitor’s trade mark in similar Tic Tac-style packaging invalid.

Yesterday the European Court of Justice (ECJ) ruled in a case BMB vs. Ferrero concerning the similar design of Tic Tac style packaging. The ECJ dismissed an action brought by the BMB against the judgment of the Court of Justice of the European Union (CJEU) of 3 October 2017 (T:2017:684), in which the CJEU found a trademark infringement and upheld Ferrero’s application for invalidity of the contested design (we reported: Another Brand Mark protection: Ferrero wins Registered Trade Mark Dispute). 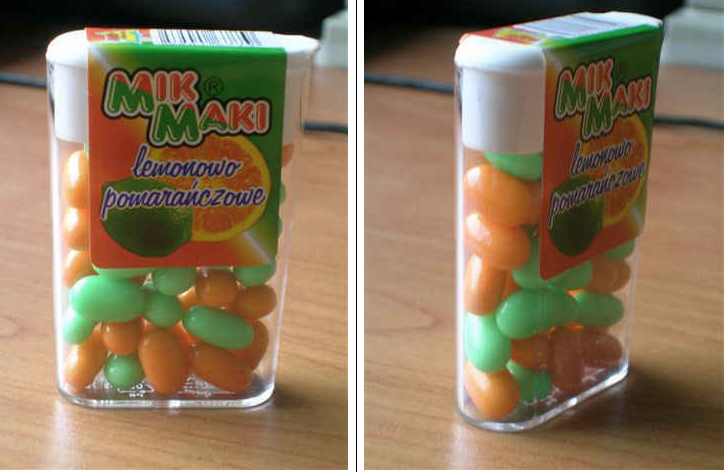 The contested design was filed by Polish confectionery manufacturer BMB sp. z o. o. o in November for registration in Class 09.03 of the Locarno Agreement and was registered on the same day at the Intellectual Property Office of the European Union (EUIPO) under number 826 680-0001. Ferrero thereby saw an infringement of its earlier three-dimensional mark on the packaging in the style of the well-known Tic Tac cans and filed an application for a declaration of invalidity of the contested design with the EUIPO in July 2011. Ferrero SpA relies on international registration No 405 177 of a three-dimensional trade mark registered on 12 March 1974, with effect in France in particular, in Nice Class 30.

The Board of Appeal and the European Court of Justice (CFI) upheld Ferrero’s decision and found that there was a likelihood of confusion and possible exploitation of the earlier well-known mark due to visual similarity between the two marks.

Judgement of the CJEU stated likelihood of confusion in design

Before the CJEU, the plaintiff BMB asserted distinctive features: the label, the MIK MAKI logo and the very clear curvature of the edges of the container were distinctive. This was rejected by the CJEU.

The CJEU ruled in detail:

Therefore, neither the contested design label nor the MIK MAKI logo dominate the overall picture of the mark in question. The effect of the three-dimensional can is characteristic of public perception.

In yesterday’s proceedings in this packaging dispute, BMB did not challenge the judgment under appeal of 3 October 2017 as such, but pleaded an error of assessment in that judgment. The BMB referred to an error committed by the EUIPO Board of Appeal. The Board of Appeal had applied Article L713-3 of the French Intellectual Property Code in its decision.  BMB argued that it was not necessary to take into account the French national case-law on the earlier international registration when assessing the likelihood of confusion. However, this has already been rejected by the CJEU and now again by the ECJ.

It was sufficient to interpret the likelihood of confusion in accordance with the case law of the Court of Justice of the European Union, the CJEU clarified in 2017. Article L713-3 of the French Intellectual Property Code implements the provisions on the approximation of the laws of the Member States relating to trade marks. In addition, the Board of Appeal also referred to European case-law for its decision.

In yesterday’s judgment, the ECJ added that the BMB only repeated the argument from the first instance, without expressly contesting the CJEU’s reasoning that the error committed by the EUIPO Board of Appeal was to be regarded as a formal error. However, the ECJ emphasised that it was no task for ECJ to request a review of this argument.

The ECJ therefore dismissed the BMB’s action against the judgment of 3 October 2017 and thus confirmed Ferrero’s application for the nullity of the contested BMB trademark – for the fourth time with this judgment.