European Patent Office: When is an invention new?

When is an invention new? Often even a small change decides whether a technical use can be improved. The European Patent Office recently defined the requirements for novelty of a patent claim. 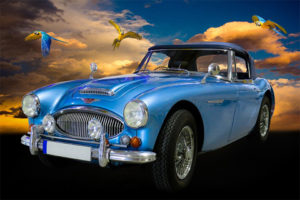 The Board of Appeal first made it clear that the distance indicated “distance greater than or equal to 0 mm” in the patent claim did not indicate that the strap and film hinge were a single piece of continuous construction, i.e. not an integral, interconnected form. Rather, this description merely indicates that both parts may have contact in the circumferential direction or that their respective edges overlap in plan view.

In this respect, it is new with the claim of the patent in dispute in relation to that in an older publication in which the corresponding joint is only integrally formed.

An important feature of the claim is the distance

In one of the figures of another revelatory writing a distance between lock and hinge is also drawn.

The description was by no means intended to indicate the specific distance for the invention described in the publication. For the drawing used in the revelation is merely a schematic representation, not a scale representation of the construction elements. The corresponding description contains information on the ideal size or thickness of the materials used for the hinge and lid. However, these statements were so general that they cannot refer to the figure contained in the epistle, according to the Board of Appeal.

The opposition also challenged claim 12 of the patent in dispute with the same argument that the strap and hinge are made in one piece and that the invention is not new.

Effect of the invention by the arrangement?

The Board of Appeal of the European Patent Office also interpreted that claim 12 of the patent in dispute in such a way that it was by no means a formulation of the material used as integrally combined. The revelatory writings held against this claim also contained only schematic figures, so that claim 12 must also be regarded as new in the result.

The inventive effect of claims 1 and 12 of the patent in dispute lies in the fact that the arrangement reduces the risk of the hinge tearing due to repeated opening of the closure. The task to be solved would therefore be “to increase the operational safety of the known closure”.

The complainants argued that there is no evidence of improved operational safety of a closure according to claim 1. The solution described in the patent in dispute was therefore merely the provision of an alternative.

Since they have not explained, however, that a sophisticated distance between the tensioning strap and the film hinge arranged directly next to it is part of the specialist’s specialist knowledge or can be determined by a simple series of tests, the Board of Appeal rejected that argument.

Since the decisive characteristic of claim 12 is the distance, the chamber concludes with regard to the injection mold as in claim 1.

As a result, the Board assumes an inventive step for both claim 1 and claim 12 of the patent in dispute.

Do you want help for European patent application or protection for your patents?

Our Patent Attorneys and Attorneys at Law bundle various competencies for industrial property, patent- and trademark law, national and international.
Please take your chance and contact us: