European Court: Apple is not equal to Pear

Apple lost today before the European court in the trademark dispute over its famous apple. The focus was on the similarity between the earlier figurative mark with a reputation and the contested figurative mark of a stylized pear. However, apples and pears are not comparable, the CJEU ruled.

The contested figurative mark in the form of a stylised pear was filed in July 2014 by the Chinese company Pear Technologies Ltd, established in Macao (China), for Nice Classes 9, 35 and 42. This includes, inter alia, the product groups computers, laptops, digital marketing, software and data management. Apple filed an opposition against that trade mark registration in January 2015 and relied on its own earlier and well-known Union figurative mark in the form of a bitten apple. 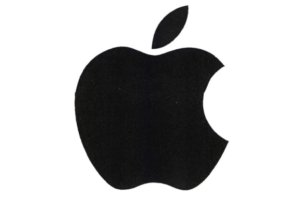 The Board of Appeal upheld Apple’s decision and found that there was a likelihood of confusion and possible exploitation of the earlier mark with a reputation due to conceptual similarity between the two marks. The Board of Appeal argued that the allusive and “somewhat mocking” image of the pear represented in the mark applied for would create an intellectual link with the earlier mark because of the uniqueness and high reputation of the earlier mark among consumers. All the more so since the use of a piece of fruit is very pronounced and unusual in the categories of goods concerned.

CJEU annuls the decision of the Board of Appeal

However, the similarity itself was very slight, the court made clear. Apples and pears are literally not comparable. The marks in question would immediately be perceived as different fruits, and the shapes of the figurative elements and the fruits depicted would also be altogether different, the court specified, pointing to the different representations (stylised squares of different size in the pear, the apple a fixed image). Moreover, the contested pears figurative mark also shows no trace of a bite. Therefore, by today’s judgment, the CJEU annuls the contested decision of the Board of Appeal as regards the similarity between the two marks.

Other parts of the plea have not been examined

In the present case, other pleas were also raised: first, a link between the marks at issue; second, the likelihood of taking advantage of the distinctive character or reputation of the earlier mark; and third, the existence of an important reason for the use of the mark applied for. However, since the plea alleging similarity between the marks is well founded, the contested decision should be annulled without it being necessary to examine the other parts of the plea, the CJEU stated.

Source for text and pictures: