The EU Trade Mark Regulation, which has been in force since 2017, not only offers extensions for graphic trademark types and Union trademarks, but also many innovations for procedural processes.

Above all, opposition and cancellation proceedings are at the centre of the innovations. The aim of the European Union Intellectual Property Office (EUIPO) was clearly to streamline procedures, reduce procedural times and meet the new technologies in communication and accountability. The distinctive character procedure also shows clear changes.

Inherent distinctiveness: A trade mark is inherently distinctive if it is known to consumers as the source of the goods or services in question. 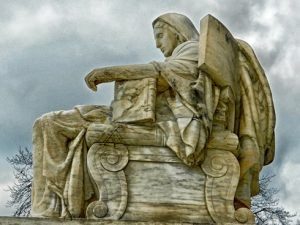 In detail, the following rules now apply to opposition and cancellation proceedings:

Assignment of a Union trademark

Priority claims must now be filed together with an application. Previously, priority claims could still be asserted after filing the application. Attention: all evidence must also be filed within three months of the filing date. If this documentation is not available in one of the languages of the Office, the Office may request a translation. After all, it is sufficient that only the relevant part of the respective document is translated.

In addition, the priority claim is no longer materially examined. It shall remain in force until it is asserted as a mere claim and must be confirmed in a procedure.

Fortunately, forms of communication are also newly regulated in the EU Trade Mark Regulation:  the signs stand for digitization ( Info Blog: Application for an Union trademark becomes digital ).  Moreover there are extensions for graphic trademark types and Union trademarks. If you are interested in that, please read:

Info Blog: Protecting Scent Trademarks (2): How to present a fragrance?

Are you interested in priority claims, opposition and cancellation proceedings in the EU?