ECJ: Video reproduction is not a phonogram

The ECJ ruled on the borderline between copyright and public lending right: a music clip in a video does not make the video a ” phonogram “. This is relevant because there are EU rules on reproduction and remuneration for phonograms. 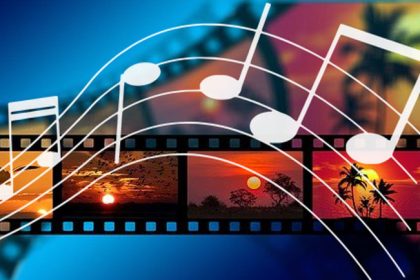 This was a question referred from Spain. The case in question concerned a film sequence into which musical extracts had been inserted which had already been distributed in the trade. The insertion of phonograms was carried out with the permission of the rightholders concerned and the insertion was paid for by mutual agreement. However, it was disputed whether additional remuneration was compulsory when this film sequence was also broadcast publicly on Spanish television. This is because EU Directives 92/100 and 2006/115 provide for a single equitable remuneration when a phonogram (or a copy) published on the market is inserted into an audiovisual recording.

The European Court therefore looked in detail at the concept of phonogram, a concept which is not defined in Directives 92/100 and 2006/115 nor in the Copyright Directives. This is an interesting grey area of case law, all the more so as the ECJ has last year judged music sampling in the sense of the reproduction of a phonogram under Art. 2 (c) of Directive 2001/29 – we reported.

How is the term phonogram defined?

The ECJ referred to the Rome Convention, an International Convention for the Protection of Performers, Producers of Phonograms and Broadcasting Organisations, concluded in Rome in 1961.

Therefore, an audiovisual recording which contains the definition of an audiovisual work cannot be classified as a “phonogram” within the meaning of Article 8(2) of Directive 92/100 or Article 8(2) of Directive 2006/115, the ECJ ruled. Thus, if a video containing a musical performance is not considered to be a “phonogram”, such a recording cannot, for the same reasons, constitute a copy of that phonogram and therefore cannot be covered by the term “reproduction” of the phonogram in question. Therefore, the Court held that the communication to the public of such a video  does not give rise to any right to remuneration.

However, the rights in that phonogram (and also in the copy) are not affected if the phonogram is used independently of the video – the work in question.

The ECJ emphasised the objective of the above-mentioned EU Directives, which is to ensure the continuity of the creative and artistic work of authors and performers – with a fair income. It is a question of striking a fair balance between broadcasting organisations, producers of phonograms and artists, according to ECJ.

Would you also like to secure IP rights for your work?

Our lawyers have many years of expertise in the entire field of intellectual property rights and are entitled to represent you in any court – in Germany and internationally.
Please contact us if you are interested.