The German furnace manufacturer Bullerjan was granted legal protection for a three-dimensional Unionmark in 2004. However, in the course of an application for cancellation, the necessary proof of genuine use of that mark was not provided in the form of the protected mark, but with an added word element. Yesterday the ECJ confirmed the distinctive character of the 3D mark with a word element. 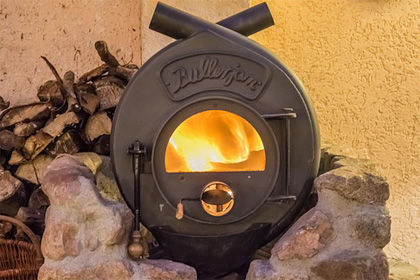 Toni Klement, owner of the website ofenseite.com and plaintiff in ECJ’s ruling, filed an application for cancellation of the trade mark in February 2012. First, the contested mark has not been put to genuine use as a trade mark and, second, it has not been used in the form in which it was registered. The evidence submitted by the trade mark proprietor contained the protected 3D mark together with the word element “bullerjan”. The Board of Appeal of the EUIPO (Jan. 2014) and also the European Court (Sept. 2015, T-211/14) dismissed that action and found that genuine use of the disputed mark had also been proved in the altered form.

The case before the European Courts

Subsequently, in December 2015, the applicant lodged an appeal seeking the annulment of the original judgment. He put forward three pleas in law:

In principle, these are also the questions referred for yesterday’s final ruling of the ECJ.

In its judgment of December 2016 (C-642/15 P), the ECJ set aside the original judgment and referred the case back to the Court of Justice of the Europan Union (CJEU) for a decision. In October 2017, however, the CJEU again dismissed the action (“judgment under appeal”, T:2017:715). Genuine use of a trademark is also proven if a trademark is used in conjunction with another trademark, provided that the trademark is still perceived as an indication of the origin of the product in question, the CJEU ruled. The overall perception of the mark in question is not altered by the sign on which the word mark Bullerjan is affixed. Furthermore, that word mark occupies a small area of the structure and is only visible when the structure is viewed from the front of the combustion chamber. The word mark in question is therefore less conspicuous than the shape of the product itself.

Proof of trade mark use with word element allowed

Distinctive character of the 3 D mark

The distinctiveness of the disputed 3D trademark was confirmed yesterday by the ECJ ruling. Plaintiff Klement had argued that the judgment under appeal contained no reason why the challenged three-dimensional mark should have a particularly high distinctive character, even though its shape was purely technical. Moreover, there is no explanation whatsoever as to the degree of distinctiveness of the challenged mark in terms of the word element ‘bullerjan’ added during use.

The ECJ rejected this. In the judgment under appeal (T:2017:715), the CJEU essentially found only that the mark in question deviated significantly from the customary practice and standard of the industry. The CJEU held that the mark at issue differed significantly from the customary practice in the sector, since the shape of a stove was generally more or less reminiscent of the shape of a fireplace. In addition, the court made it clear that the mark at issue did not consist, within the meaning of Article 7(1)(e)(ii) of Regulation No 207/2009, exclusively of the shape of the product necessary to obtain a technical result.

Moreover, the degree of distinctiveness of the mark at issue was not only determined by comparing the shape protected by the mark with the shape of an oven in general, but the CFI also took account of the fact that, during the reference period, there were no other ovens with an identical or similar shape to that of the mark at issue.

The applicant had not produced any evidence to show that other manufacturers marketed similar ovens during the reference period or that the relevant public associates the shape of the mark with the goods covered by it. However, in yesterday’s judgment, the ECJ made it clear that it is for the applicant to prove, where appropriate, that the shape of the mark is customary in the trade in order to have it cancelled or revoked. However, the plaintiff had not provided such evidence, the ECJ clarified and dismissed the action in its entirety.