Descriptive signs are excluded from trademark registration. There are often problems with trademark applications in Germany that have a more descriptive character in a foreign language. This also applies to the case of “Mangal”, which was decided by the Federal Patent Court in 2016 and therefore made a lasting mark on this debate. 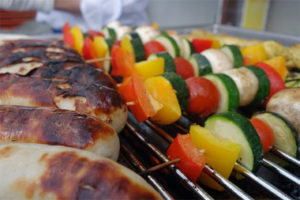 Anyone who has ever had a Turkish restaurant or host could have gotten to know a Mangal (often understood as a simple “grill”). “Mangal” was registered as a trademark in the Nice classes 32, 33 and 43 in 2008. But a Mangal is much more than just a grill and cannot be equated with the German term “Grill”. The Federal Patent Court (Bundespatentgericht (BPatG)) had to clarify in 2016 whether the term must therefore be regarded as purely descriptive or not and justifies a partial cancellation of the trademark.

The defendant is the owner of the Mangal trademark, which is registered in the Nice classes 32, 33 and 43 for various beverages and catering and accommodation services.

At the request of the applicant, the German Patent and Trade Mark Office granted the request and decided to partially cancel the challenged trade mark for Class 43, but rejected the request for cancellation for the two remaining classes.

The DPMA relied on the fact that the Turkish term “Mangal” was understood as “Grill” and therefore had a purely descriptive character. Thereupon the defendant filed an appeal against this partial cancellation and requested the annulment of the decision of the DPMA before the Federal Patent Court.

Mangal not to be equated with German “Grill”

The Federal Patent Court annulled the request for partial cancellation made by the DPMA.

It is true that the Arabic-Turkish word “Mangal” refers to a fireplace-like heating device in which the charcoal is made to glow outside the house and then carried in, for cooking food, but cannot be equated with the German term “Grill”. Unlike the German word “Grill”, however, Mangal does not also mean “snack” or “grill restaurant”. A grill in the sense of a restaurant is called “Izgara lokantasi”.

For this reason alone, it had no descriptive character for the Class 43 service. Furthermore, the fact that a “Mangal” could be used in a Turkish barbecue restaurant is not in itself sufficient, as this does not justify a direct connection to the service.

Moreover, the mark was also not ready for cancellation because the meaning of the sign’Mangal’ was only recognised by a small, ultimately no longer relevant part of German trade in Germany. It is noted that the approximately 4.2 million Turkish or Turkish customers who lived in Germany at the filing year (2008) did not constitute a demarcable group, especially as the list of goods and services of the trademark was not specifically aimed at such groups of persons. It has not been proven that even non-Turkish consumers understand the term “Mangal”. Not even because Turkish is not a world trade language.

The Federal Patent Court rejects the existence of a further obstacle to protection against bad faith (Sec. 8 II No. 10 Trade Mark Law) with reference to the already established, not purely descriptive character of the drawing “Mangal”.