Cosmetics brand SO: damage to the image of the earlier mark 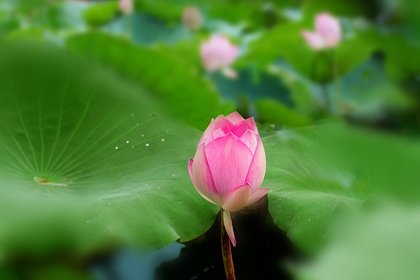 “SO’BiO ētic” was filed in March 2008 by the French cosmetics company Groupe Léa Nature SA as a Union figurative mark. In September 2008, Debonair Trading Internacional Lda filed a notice of opposition against that trade mark registration, relying on its own earlier and well-known Union word mark, the word mark “SO….?” Among other classes, both marks were applied for in Nice class 3, inter alia, for “preparations for skin, scalp and body care; perfumes; aftershave preparations; cosemtics”. In addition, the Union figurative mark “SO’BiO ētic” had also been applied for in respect of the category “bleaching preparations, cleaning preparations” in that Nice class.

Likelihood of confusion due to the cosmetics brand SO

The word element “SO” was at the centre of these proceedings in the following judgments. The Board of Appeal found that the two marks were visually and phonetically very similar and that the element ‘SO’ was the dominant element of those signs. In September 2014, the Court of Justice of the European Union annulled the contested decision of the Board of Appeal (not published, EU:T:2014:802 ), but by judgment of 27 October 2016, Debonair Trading Internacional v EUIPO (not published, EU:C:2016:814) (“the Appeal Judgment”), that judgment was set aside and the case referred back.

Disregard for the case-law on the reputation of an earlier trade mark?

The focus was no longer on the word element “So”, but on the case-law relating to the use of an earlier mark which had a detrimental effect on its reputation. On 8 June 2017 (EU:T:2017:381 ), the Court of Justice of the European Union (CJEU) delivered its ruling, which is the outcome of yesterday’s ruling. In this judgment, the CJEU found a risk that use without a valid reason for the trademark applied for could damage the reputation of the earlier trademarks (“risk of seizure”), a condition that the Board of Appeal had not examined. Article 8(5) of Regulation No 207/2009 ensures that a trade mark with a reputation is protected for each application for an identical or similar trade mark which could harm its image, even if the goods or services covered by the trade mark applied for are not similar to those for which the earlier trade mark with a reputation is registered.

In the present case, it is the contradictoriness of the goods covered by the marks at issue which constitutes a risk of damage to the image of the earlier mark for cosmetic products. The fact that the mark applied for is to be used for cleaning products increases the likelihood of consumers making a negative connection with the earlier marks, which are well known for cosmetics, since they consider that the goods marketed under the earlier marks contain toxic or harmful substances.

The European Court of Justice dismissed all the pleas in law in its judgment. In the judgment under appeal, the CJEU held that it had concluded that the signs in question were similar within the meaning of Article 8(1)(b) of Regulation No 207/2009. This led to the finding in the judgment under appeal that the condition laid down in Article 8(5) of Regulation No 207/2009 was also satisfied as regards the similarity of the signs in question. The CJEU correctly applied the overall assessment rule in determining whether there was a likelihood of confusion between the marks in question, now the ECJ confirmed. The dominance of the word element “SO” is also to be found in the assessment, as is the finding that the word elements “bio” and “ētic'”and the graphic elements of the mark applied for are devoid of any distinctive character. It is only if all the other elements of the mark are negligible that the assessment of similarity can be made solely on the basis of a dominant element.
The CJEU’s finding that there was a risk of damage to the earlier mark’s image was also an overall assessment of all the relevant factors. Therefore, it cannot be claimed that the CJEU did not give proper reasons for this assessment, the ECJ ruled yesterday.

Since none of the grounds of appeal raised by the Groupe Léa Nature were recognised, the ECJ yesterday dismissed the appeal in its entirety.