The first retailers are already pointing to Black Friday 2018. But what is the current legal situation: Has Black Friday been annuled as a German wordmark in the meantime? Do retailers participating in the campaign in Germany have to expect with another wave of warnings? 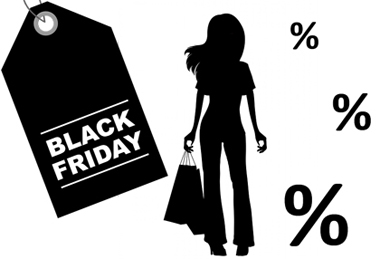 The current legal situation is highly relevant for all retailers, because in a few days the short phase of a few days or just one day will begin again, when retailers will offer strongly reduced products and want to market them under the term Black Friday. The term Black Friday is particularly popular in online sales. In Germany, however, this term has been registered as a wordmark since December 2013 – we reported. But what will happen now in 2018 with Black Friday? What is the current legal situation and is there perhaps a cancellation of the trademark?

Objection to the wordmark registration

Already in November 2017 there was resistance against the wordmark registration of the label for an internationally known sales campaign. The operator of the website “Black-Friday.de”, Mr. Simon Gall, took legal action against Super Union Holdings Ltd., Hong Kong, which has been the owner of the “Black Friday” trademark since December 2013. In November 2017, the operators of the website black-friday.de, the Gall Performance Marketing, obtained a preliminary injunction against the trademark owners before the Düsseldorf District Court. This order is legally binding and as a result, all dealers who use the discount campaign via the dealer portal www.black-friday.de were and are initially legally protected against any warnings from Super Union Holdings Ltd..

And warnings cannot be ruled out. In 2016, Super Union Holdings triggered a wave of warnings by sending out warnings on a large scale, quite directly after the sales campaign.

The situation is even more confusing due to the Austrian company Black Friday GmbH. It describes itself as the “exclusive licensee” of the contested word mark Black Friday, which is owned by the  Chinese company Super Union Holdings, and also operates a web portal called https://www.blackfridaysale.de/. Black Friday GmbH is also a party to the court proceedings and is one of two respondents to the proceedings.

At present, in addition to the legally binding order against the trademark owners, a main action against both defendants is also pending before the Düsseldorf Regional Court, the proceedings have not yet been decided.

The decision of the German Patent and Trade Mark Office (in German: Deutsches Patent- und Markenamt, DPMA) in April 2018 received all the more attention. The DPMA decided to delete the word mark “Black Friday” – upon request for cancellation by the operators of the website “Black-Friday.de” and also by other parties. The DPMA justified the cancellation by stating that the wordmark “Black Friday” lacked any distinctive character. Super Union Holdings Ltd, Hong Kong, then filed an appeal with the Federal Patent Court (in German: Bundespatentgericht, BPatG).

Cancellation order is not yet final

However, this complaint actually still lies with the BPatG Complaints Board. The cancellation decision of DPMA is therefore still not legally binding. And this means that the Super Union Holdings Ltd. are still the trademark owners and could also send out warnings to others.

Warning over Black Friday – what to do?

Nevertheless, this is now a so-called pending case, as the decision to cancel the DPMA has been known since April 2018. Any further warnings of the Super Union Holdings Ltd. could possibly be challenged – after the decision of the Federal Patent Court. If the cancellation of the DPMA were also confirmed in the appeal proceedings, it would possibly have been an unjustified warning of of the Super Union Holdings Ltd. and it would have made it possible for the person being warned to claim damages. You are welcome to contact us in individual cases.

However, as long as the existing trademark registration has not been cancelled, warnings should not be ignored. If the cautioned party does not submit the required cease-and-desist declaration, the trademark owner can take legal action – this can still be costly at the moment.

If the Federal Patent Court rejects the appeal and thereby confirms the cancellation procedure, the trademark “Black Friday” would be deleted from the trademark register. A warning letter or interim injunction in connection with the word mark would then no longer be enforceable. But this is not yet the case from today’s perspective.