Big Mac is temporary no Unionmark

Mc Donald’s has temporarily lost its Big Mac brand for the European Union. EUIPO granted the request for cancellation of the trademark on Friday. 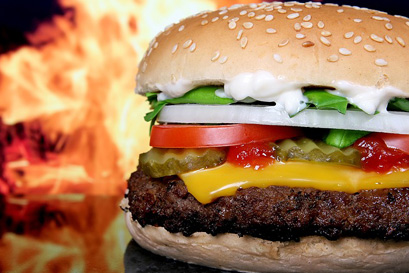 The Big Mac Unionmark was cancelled last Friday following an application by the Irish Supermac’s for the trade mark to be cancelled. Supermac’s is an Irish fast food chain which opened the first Supermacs in Ireland in 1978. The company now has more than 100 branches in Ireland and Northern Ireland. The conflict with McDonald’s arose when Supermac wanted to expand beyond Ireland. McDonald’s referred to the similarity between Big Mac and Supermac, which could lead to confusion among consumers.

Supermac objected and, in April 2017, filed an application for a declaration of invalidity of the trade mark protection for Big Mac. The Union word mark Big Mac (Nr. 000062638) has been protected since 1996. On 11 January 2019, the EUIPO granted the application for cancellation of the trade mark. The revocation of trademark protection applies retroactively to April 2017. It was established in the cancellation proceedings, which we can see in the decision of the EUIPO on this case, that Mc Donald’s had not proven any genuine use of the Big Mac trademark in the five years prior to the filing of the case in 2017. Mc Donald’s submitted evidence in the form of printouts of European websites, packaging and also affidavits of company representatives certifying the sale of “Big Mac” in Europe. Whether a purchase was actually made or an order placed, however, could not be proven by such evidence, the EUIPO judged.

The decision is not yet final. In addition, Mc Donald’s can appeal and has already announced that it will do so. Mc Donald’s Europe-wide use of the BIG MAC brand should also be at the centre of this.

In the causal conflict between Mc Donald’s and Supermac’s over the term “Supermac”, Mc Donald’s currently has significantly worse arguments. Because the newer word mark Big Mac has only one priority from October 2017, the cancelled mark from 1996. But the brand name Big Mac has by no means become free for everyone. On the one hand it is protected by the newer Big Mac trademark, on the other hand it would not be recommendable to use the now deleted trademark anyway. Because an appeal is admissible, and Mc Donald’s could possibly win the case in the last instance. And then Big Mac would have been used unfairly by anyone using that brand name.