The applicant in this case is the right holder in the earlier figurative mark, Asics Corporation, established in Kobe (Japan). In July 2013, the intervener Van Lieshout Textielagenturen BV, established in the Netherlands, applied to the European Union Intellectual Property Office (EUIPO) for registration of an EU figurative mark in Classes 18, 24 and 25 of the Nice Agreement. That figurative mark showed four crossing thin lines arranged as in a cross pattern, each with two parallel diagonal lines crossing each other. In October 2013, the applicant Asics Corporation filed a notice of opposition against that trade mark registration. The Opposition Division and then, in 27 June 2017 (‘the contested decision’), the Board of Appeal of EUIPO rejected the opposition, since the overall visual impression of the respective figurative marks was completely different. Asics brought an action against that decision.

IP rights and the proceedings in focus before the CJEU 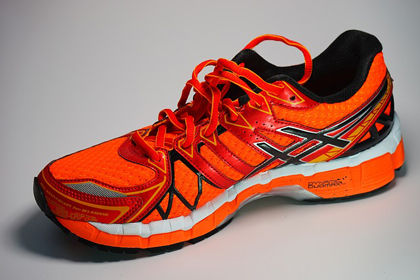 By its second allegation, Asics submits that the Board of Appeal was wrong in finding that the signs at issue were, taken as a whole, different. Since the two figurative marks represent four intersecting lines, they are significantly similar. In particular, the shape in which the mark applied for may appear on the goods covered cannot be excluded from comparison. Thus, Asics referred, inter alia, to sports footwear of the well-known trade mark on which the Asics logo is indeed perceived as slightly bent.

The CJEU rejected this objection. The comparison as to how the earlier figurative mark might appear on sports shoes is irrelevant for the comparison with the disputed mark applied for. It is clear from case-law that the likelihood of confusion must be assessed by comparing the signs as registered or as appearing in the trade mark application.

The convergence and intersection of the straight lines and the curved lines in the earlier figurative marks of Asics conveys an impression of movement which a consumer cannot in any way confuse with the sign applied for with its straight and parallel lines.

Asics had also argued that there was a likelihood of confusion, in particular because of the highly distinctive character of the earlier marks with a reputation. The Court made it clear, however, that if there was no similarity between the earlier marks and the figurative mark applied for, there would be no basis for a likelihood of confusion between the signs in question. It is also irrelevant whether the earlier marks are highly distinctive or whether the goods or services in question are identical or similar. Asics’ opposition was therefore rejected in its entirety.