Apple has won in the Federal Patent Court. The focus was on Apple’s DE patent on display orientation, i.e. the determination and modification of the display depending on whether the user holds his smartphone upright or sideways. This important basic patent was filed as part of the PCT application and was rejected by the DPMA. 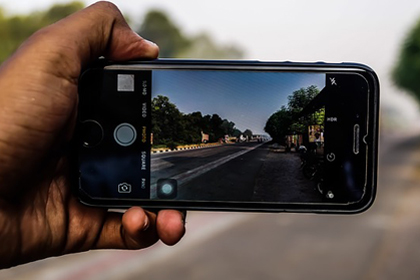 The controversial patent was part of a PCT master application for the patent “Methods and Systems for Providing Sensor Information to Devices and Peripherals” (PCT/US2008/005819), which was filed for Germany on May 6, 2008. The patent description mentions the problem that the sensors of a mobile device are often unable to correctly detect and distinguish between intentional and unintentional user movement. This results in the task of differentiating as well as possible between an intentional and an unintentional movement of the user in a motion control for switching the orientation of a display to upright or horizontal.

The part of the PCT parent application filed for Germany was rejected by decision of the Examining Section of the German Patent and Trade Mark Office (DPMA) of 2 March 2016 on the grounds that the subject-matter of the respective patent claim could not be granted due to lack of inventive step because it was suggested by publication D1. This publication describes an electronic device with a computer, such as a smartphone, which also has a tilt and swivel sensor. The examining body of the DPMA considered this to be in accordance with the original patent claim “switching the orientation of a display of the device” in the DE patent of the PCT application.

The additions in the features of the main claim in the DE patent of the PCT application contain provisions that the device “does not” move depending on the comparison of the motion information with a threshold value. It follows from this that a person skilled in the art can extract all the additional features and amendments to the main claim in force in relation to the original claim from the original application documents and that there is no inadmissible extension.

For the tilt and swivel sensor shown in publication D1, the test condition is specified as whether the device has been swivelled by an angle smaller than the threshold value for a longer period of time – this corresponds to the original patent claim. If this condition is fulfilled, however, this leads back to the beginning according to the teaching of leaflet D1 and then does not result in a change of the display orientation; i.e. this movement is ignored here as “unintentional”, in contrast to the teaching in Apple’s patent claim.

The Federal Patent Court clarified that the conformity of the doctrine of D1 with the doctrine of the main valid claim is limited to the fact that the orientation of the display can be switched by certain but different movements of the device. However, the test conditions of the applicable main claim were neither described in concrete terms, nor was it discernible how the skilled person could have arrived at them. Therefore, the doctrine of the applicable main claim was to be regarded as “not obvious to the skilled person”. The core idea of Apple’s divisional application at hand is that short movements of the device should be identified as “unintentional” and ignored.