Aldi successfully prevailed in the dispute over the EU word mark ALDI against the Bulgarian Aldo Supermarkets. In today’s ruling, the CFI made it clear that the opposition based on an earlier coloured mark would not be accepted as a black-and-white copy presented as proof of genuine use of earlier mark.

Opposition of the proprietor of the earlier trade mark

The owner of an earlier trademark can file an opposition against the registration of an EU trademark. In this case, on 31 March 2014, the intervener, Aldi Einkauf GmbH & Co OHG, applied for registration of an EU trade mark for the word mark ALDI. The applicant Aldo Supermarkets, established in Bulgaria, had filed an opposition against registration of the EU word mark ALDI for all the goods in Nice Class 35 referred to in the application for registration (inter alia, advertising; business administration; non-prescription medicines, food supplements, fireworks, electronic equipment and accessories, computers and computer accessories, clothing, leisure articles, conclusion of contracts for the purchase and sale of goods and the provision of services to others, including on the internet). In the opposition, the applicant relied on the earlier earlier Bulgarian figurative mark ALDO, registered on 11 March 2004 under number 47361. The Opposition Division of the EUIPO found the opposition admissible in August 2014, but the Board of Appeal of the EUIPO, appealed by Aldi, by decision of 29 March 2017 (“the contested decision”) essentially annulled the decision of the Opposition Division and rejected the opposition in its entirety.

In September 2014, the applicant filed only a black and white copy of the registration certificate for Bulgarian trade mark No 47361, even though the mark was registered as coloured figurative mark in Bulgaria. Although the copy of the registration certificate of the earlier mark indicated that the protected colours were “blue, orange and white”, no colour division was established.

An additional representation of the mark filed only on 10 December 2015, although showing the mark in colour, contained no indication of the source from which it originated. The Board of Appeal therefore concluded that neither of the two documents satisfied the requirements of Rule 19(2)(a)(ii) of Regulation No 2868/95 and that the opposition was therefore to be rejected pursuant to Rule 20(1) of that regulation.

Copy of the national registration certificate – black and white or coloured? 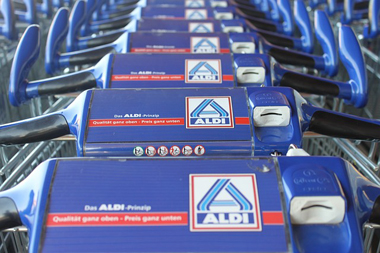 The applicant Aldo Supermarkets therefore argued that Rule 19 of Regulation No 2868/95 does not expressly require a colour representation, but requires a “copy of the relevant registration certificate”.

The CJEU referred to an earlier judgment of 2017 (20 July 2017, Mediaexpert v EUIPO – Mediaexpert (Mediaexpert) (T-780/16, not published, EU:T:2017:538)), in which the representation of an earlier mark in black and white was also established, although the mark was registered in colour. In this case, too, proof of the earlier mark was considered not to have been furnished. Aldo Supermarkets did not furnish proof of the earlier mark since, pursuant to Rule 19 of Regulation No 2868/95, it had not submitted a copy of the colour registration certificate identical to the original.Furthermore, contrary to the applicant’s claims, the text of Rule 19 of Regulation No 2868/95 does not in any way permit any flexibility, any more than it can be held that the Board of Appeal was excessively formalistic, clarified the CJEU in its today’s judgement.

Aldo also argued that the Board of Appeal had identified the lack of evidence as the basis for its decision without hearing the applicant. This appeal was clearly dismissed by the CJEU. It is customary – and in this case is customary – for the evidence of the earlier mark to be presented precisely and exhaustively during the opposition proceedings. However, the Opposition Division was not obliged to draw the opponent’s attention to possible deficiencies in the evidence. Rather, it is the task of the Board of Appeal neither to provide guidance for the production of evidence nor to assist an opponent in proving the facts, evidence or arguments which he must put forward in order to prove the existence of his earlier right.

Accordingly, the Board of Appeal could allow the late submission of relevant documents only if the surrounding circumstances could justify the delay in the submission of evidence.

The European Court therefore considered that the evidence for the earlier figurative mark Aldo had not been provided and rejected the plaintiff’s opposition in its entirety in its today’s jugdment.