Patent on fulvestrant against breast cancer: No preliminary injunction

The German OLG Düsseldorf rejected the application for a preliminary injunction against a competitor of the drug against breast cancer. The focus is on the possible patent infringement of a use patent with the active ingredient fulvestrant. 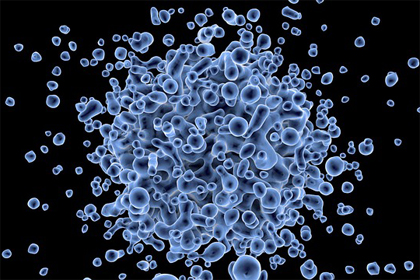 The patent DE 601 13 975 T2 is the German part of the European patent 1 272 195 B1 and was filed on 2 April 2001 claiming British priority on 5 April 2000. The proprietor of this patent and plaintiff before the Düsseldorf Higher Regional Court is the international pharmaceutical group AstraZeneca AB. The plaintiff had applied for an injunction against a competitor and claimed injunctive relief and damages. In its ruling of January 2019 (2 U 28/18), the Düsseldorf Higher Regional Court (OLG Düsseldorf) rejected this application.

The effect of a use patent for a substance does not only extend to the patent-protected use as such, ruled the OLG Düsseldorf, but also covers actions that have already taken place beforehand in order to prepare the substance for the protected use. The judgement states that the patentable preparation does not have to specify the patentable use as the sole and exclusive intended use, but it must belong to the use to which the preparation is directed.  Because this is the case, even in cases of cross-label-use, which does not require any preparation, not only such use which exclusively or almost exclusively concerns the patentable use could be relevant for liability.

However, the applicant’s arguments do not show that the defendant’s preparation in question is or has been used to a sufficient extent on the basis of actual prescription practice in cases in which the cancer patient has previously been treated palliatively unsuccessfully with both tamoxifen and an aromatase inhibitor. Therefore, the Higher Regional Court rejected the application for a preliminary injunction.

In previous opposition and opposition appeal proceedings, the patent was maintained to the extent granted (decision of the Technical Board of Appeal of the EPO of 14 February 2013). At present, however, the patent is also the subject of nullity proceedings before the Federal Patent Court (BPatG); the decision is still pending. The Federal Supreme Court (BGH) has also not yet decided on the legal question pending there as to whether the liability of a generics company can also be considered independently of a meaningful preparation of its product.

AstraZeneca AB’s patent concerns the “use of fulvestrant in the treatment of resistant breast cancer – in whom the previous treatment with an aromatase inhibitor and tamoxifen failed ” – . The claims are based on the palliative and adjuvant total use of fulvestrant, according to plaintiff AstraZeneca.

The LG Düsseldorf had rejected AtraZeneca’s claim because it could not be established with the necessary reliability that the attacked design was used to a sufficient extent in a palliative therapy after failure of a previous treatment with an aromatase inhibitor and tamoxifen. In the appeal, the plaintiff asserted that the LG Düsseldorf wrongly assumed that only palliative pre-treatment was relevant. The defendant had asserted that if the patent had been correctly understood, it could only be said that the pre-treatment had failed if tamoxifen and an aromatase inhibitor had been administered palliatively – and not only adjuvantly – in view of a manifest tumour. However, the applicant’s original preparation had no authorisation for such inventive use.

In its judgment, the Higher Regional Court of Düsseldorf now clarified that, in accordance with the invention, it remained open whether tamoxifen was first used and then an aromatase inhibitor, or whether the procedure was reversed. However, the necessary condition for any use of the patent was that the two active substances were administered sequentially one after the other and not simultaneously.

The OLG emphasised that the failed treatment with tamoxifen and an aromatase inhibitor, which the fulvestrant patient must have previously undergone, was a palliative – and not only an adjuvant – breast cancer therapy. In many cases, it is impossible to assess whether adjuvant treatment has “failed” at all. Therefore, it could not be seen as a “previous treatment”.

AstraZeneca’s complaint already fails because the  contested embodiment is not prepared for patent-protected use, the Düsseldorf Higher Regional Court ruled and therefore rejected the appeal against the ruling of the Regional Court. This also corresponds to the case law of the Federal Court of Justice. A patent claim on the use of a substance for the treatment of a disease concerns the suitability of the substance for a certain medical purpose and thus ultimately a property inherent in the substance – irrespective of the question of whether the patent claim is directed to the protection of the substance for a specific purpose, to the use of the medicine or to its preparation for a specific purpose (BGH, GRUR 2016, Pemetrexed, see also “Patent infringement by adequate means”). A specific substance protection is provided both in German patent law and in the European Patent Convention (Sec. 3.4 Patent Act and Art. 54.5 EPC).

Would you also like to protect your patent or drug?