Evidence can be introduced during the IPR process – and not only if the patent holder has not yet had an opportunity to respond. The U.S. Federal Court of Appeals upheld the decision of the PTAB against a patent claim for a drug against fungal infections. 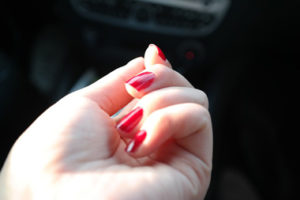 The focus of the dispute was Anacor Pharmaceuticals and its claimed patent No. 7,582,621 against nail infections caused by fungal infections (Anacor Pharmaceuticals, Inc. v. Iancu, 2018 WL 2187768). The patent claimed by Anacor related to the use of 1,3-dihydro-5-fluor-1-hydroxy-2, 1-benzoxaborol, also known as tavaborol. This is listed in the Orange Book as KERYDIN® (tavaborol) – a topical antifungal treatment of nail onychomycosis. The controversial’621 patent claims methods for the treatment of infection with tavaborol, another’657 patent claims pharmaceutical formulations of tavaborol.

The US Patent Trial and Appeal Board (PTAB) annulled the’621 patent claims for the combination of the Austin and Brehove patent publications and the combination of Austin and Freeman. Anacor had combined the references Austin and Brehove and argued that an average expert would not have combined the references because they concern structurally different links. However, the Federal Circuit made it clear that Austin revealed that tavaborol is a known fungicide with particular efficacy against C. albicans and that molecular weight is the most important factor in predicting whether a molecule will penetrate the nail plate. There are structural differences between the dioxaborinanes of Brehove and the benzoxaborols of Austin, but their structural similarities and similar fungicidal effects are decisive. Any expert could rightly expect that the functional activity against dermatophytes and also Candida Albicans (the causers of nail infections) would be confirmed in the combination of Austin and Brehove.

The second aspect in this case: the Inter Partes Review

In the appeal, Anacor argued that the Board had violated the due process and procedural requirements of the Administrative Procedure Act (APA) by failing to sufficiently inform Anacor about a new theory of obviousness and new evidence not contained in the petition and to give it an opportunity to comment.

The Federal Court of Justice found that there was expressly no prohibition at all against the introduction of new evidence during an inter part review. Anacor had not been denied its procedural rights since the final written decision was based on the same combination of primary references and the same set of conclusions proposed in the petition.

A petitioner in an Inter Partes Review may submit new evidence not included in his petition if:

2) or the evidence documents the knowledge that an average expert would bring to reading the state of the art identified as obvious.

Since 2012 – with the revision of the American Patent Act by the America Invents Act (AIA) – a special procedure called the Inter Partes Review has been available for filing a patent application with the US Patent Office. This makes it possible to challenge a granted patent not only with an elaborate nullity action before a court, but with a considerably less elaborate administrative procedure before the patent office. A special feature of this procedure is that the patent office only opens the procedure if the justification of the application indicates a reasonable likelihood of success. The decision of acceptance of the proceedings by the Patent Office is subject to U. S. Patent Law final and not subject to appeal.

In some cases, an applicant can benefit from the introduction of new evidence by responding to the argument of non-obviousness of a patent holder. Additional evidence of the prior art at the time of the invention may be useful to disprove arguments of the patent proprietor as to knowledge of the prior art. In any case, the introduction of new evidence in the course of an inter part review is not only permissible, but has even to be expected.

Patent protection – a topic for you too?