On Tuesday, the Indian Supreme Court restored Bayer AG’s Monsanto patent claim on genetically modified Bt cotton for the time being, thereby overturning a judgment to the contrary in April 2018. Until the Delhi Supreme Court decides on the validity of the patent, Monsanto may charge royalties on Bt cotton in India. 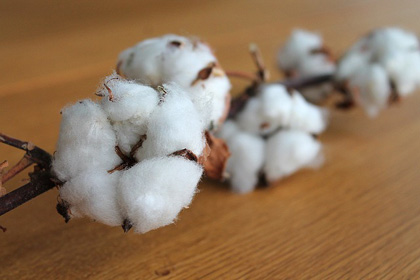 The ruling is the preliminary result of years of litigation and licensing between Monsanto and domestic seed companies, led by Nuziveedu Seeds Ltd. Monsanto filed a patent infringement suit against Nuziveedu Seeds and its subsidiaries via MMBL in 2015 for selling Bt cotton seed with its patented technology despite a license agreement being terminated in November 2015. Mahyco Monsanto Biotech (India) (MMB), a joint venture between Monsanto and the local company Mahyco, licenses a gene in the seed to more than 45 local cotton seed companies. Several domestic seed companies had delayed license payments to Monsanto in October 2015 and appealed to the Indian Competition Commission.

The Indian company Nuziveedu Seeds Ltd filed a court application to cancel Monsanto’s patent. The Delhi High Court ruled against Monsanto in April 2018 and declared Monsanto Technologies’ patent claim on its Bt cotton seed varieties in India unenforceable. This decision has been overturned by the current ruling of the Supreme Court of India. The ruling also has a significant economic dimension, as according to Reuters, Monsanto’s cotton seed technology accounts for 90 percent of India’s cotton acreage.

The patent claim from the Indian patent “Process for transforming plants to express Bacillus Thuringiensis deltaendotoxin” (Patent No. 214436) is at the centre of the entire patent dispute. This patent refers to the biotechnological process involving the introduction of the Bt gene into the cotton genome by the Bt bacterium. Monsanto argued that the patent claim is not derived from a plant cell but from the nucleic acid sequence. This is because the latter is not excluded from patent protection in India. However, plants, plant parts, seeds, plant varieties are excluded from patent protection under Section 3j of the Indian Patent Act, 1970.

Does a nucleic acid sequence fall under plant or seed protection?

This was the basis of Nuziveedu’s argumentation. The claim of the patent relates to the nucleic acid sequence, the application of which is restricted to a plant cell, a seed, a transgenic plant or a plant variety. Consequently, the specification does not provide for industrial application. Since no patent can be granted in India on a plant or seed which has such a nucleic acid sequence with the Cry2Ab gene, it falls directly under Section 3(j) of the Law.

Nuziveedu argued that since the contested patent falls under the definition of microscopic living being and part of the plant variety, it should be protected by the Plant Variety Act rather than by the Patent Act. Monsanto contradicted this, arguing that the patented feature or DNA goes beyond the scope of the expression “plant variety”.

The Plant Variety Protection is a special form of copyright. In contrast to general industrial property protection such as patent law, plant variety protection law allows farmers to use seeds obtained from the cultivation of a protected variety on their own farm for sowing on their own farm. This form of seed production is permissible under international and national regulations, but only if the holder of the plant variety right is paid an appropriate fee, the so-called reproduction fee.
The EU rules on industrial property rights for plant varieties have not been harmonised at Community level; therefore the different rules of the Member States still apply. India, in turn, enacted the Protection of Plant Variety and Farmers Right Act, 2001 (PPVFR Act) in 2001.

Supreme Court referred the case back to the Delhi Court

The Supreme Court of India ruled on Tuesday 8 January 2019 that Monsanto’s patent for Bt cotton seed is valid, overturning the April 2018 ruling of the High Court of Delhi. The ruling was made in the May 2018 appeal against the Delhi High Court ruling. However, the Supreme Court referred the case back to the Delhi Court. The patent held by Monsanto on its Bollgard-II Bt cotton seed technology is therefore enforceable in India for the time being.

Single judge of Delhi HC to decide on Monsantos patent