Lead decision on appeal against decision of the DPMA

The Federal Patent Court of Germany has issued a lead decision on how to file an appeal against a decision of the DPMA Trade Mark Office if several oppositions of the same opponent have been assigned. This was triggered by a trade mark dispute concerning the likelihood of confusion between the word marks Eliza and Eliysa AL.

The origin of that decision lies in a trade mark dispute concerning the disputed word mark Eliysa AL versus the earlier marks Eliza and Eliza Hexal for pharmaceutical products (Nice Class 05). A separate opposition procedure against the earlier word mark Eliza (No 303 21 561) was concluded in October 2006. The disputed word mark Eliysa AL was filed in November 2010 and published in the trademark register in April 2011. In June 2011, the opposing party had filed a notice of opposition with reference to the two marks Eliza and Eliza Hexal.

Decision of the DPMA 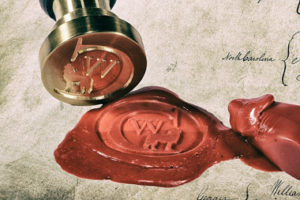 In June 2015, the German Trade Mark and Patent Office rejected the opposition against the registration of the disputed word mark Eliysa AL as the similarity, even between identical goods, was too low to give rise to a likelihood of confusion. The proprietor of the earlier Eliza marks appealed against that decision. The appeal was substantiated in a separate pleading.

Relevant period of the objection for non-use

“If an appeal is lodged without further explanation against a decision of the DPMA Trade Mark Office rejecting several oppositions of the same opponent, it must normally also be assumed that the appeal is directed against the contested decision as a whole if only one of the opposition marks concerned is mentioned in the subject matter of the notice of appeal”.
(Lead principle of the BPatG)

An appeal under §66 Trade Mark Law is filed by filing a notice of appeal. The BPatG clarified, however, that the notice of appeal must only designate the contested decision and contain a statement that an appeal will be filed against it. On the other hand, due to § 66 MarkenG there is neither required an application nor a statement of reasons; without an application or other further specification, the decision is deemed to be contested in its entirety if the appellant is adversely affected by it. This also applies in so far as the contested decision rejected several oppositions of the same opponent from different opposition marks.

In practice, this means that a joint decision on several oppositions must be notified to each party only once in order to become effective. It is true that the individual oppositions of the opponent each form a separate subject matter of proceedings or dispute. However, there is only one and uniform decision regarding the challenged trademark.

In the case of a rejection of several oppositions of the same opponent, it can therefore only be assumed that an appeal is limited to the rejection of an opposition if this is clearly and unambiguously expressed in the notice of appeal. However, that is not the case in the present case.

Ruling in the legal dispute Eliza vs. Eliysa AL

In the legal dispute itself, the BPatG partially reversed the decision of the DPMA. For the period from October 2006 onwards, the opponent had shown with the aforementioned documents that the use of the opposition mark for a contraceptive had been credible in order to preserve rights. The use in the form of “Eliza HEXAL” also constituted a right-preserving use of the opposition mark “Eliza”. And between the challenged mark and the opponent’s opposition mark Eliza there is a direct likelihood of confusion under trademark law within the meaning of § 9 MarkenG, the BPatG clarified with regard to the goods “pharmaceutical and veterinary products; plasters”. However, the further appeal is dismissed. And the parties to the appeal proceedings may also lodge an appeal against this decision.

We suggest in addition our following articles concerning recent rulings about likelihood of confusion between word marks: