Exception to publication – only in court proceedings

Can a pharmaceutical company prohibit public access to documents submitted for the marketing authorisation of the medicinal product? No, the European court ruled, an exception to publication applies only to documents relating to court proceedings. 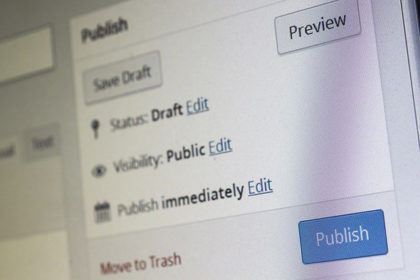 Pharmaceutical companies would often like to prohibit public access to documents submitted in the context of an application for marketing authorisation for the medicinal product. On the one hand, the publication can provide competitors with an unpleasant insight, and on the other hand, the technical documents cannot be understood by the public at large or can be misunderstood.

The judgment of the Court of Justice of the European Union (CJEU) of 28.06.2019 (EU:T:2019:456) therefore moves in the area of tension between democratic claims and the protection of commercial interests.
Plaintiff Intercept Pharma / Intercept Pharmaceuticals pleaded infringement of the second indent of Article 4(2) of Regulation No 1049/2001 on the protection of judicial proceedings. In accordance with this Regulation, a pharmaceutical company should be able to prohibit public access to documents submitted in the context of an application for a marketing authorisation for the medicinal product. Although these documents were not drawn up in the context of a specific court case, the integrity of the court case in question and the equality of arms between the parties would be seriously affected, the plaintiff claimed.

Background is a lawsuit before a US court

On 3 April 2018, the European Medicines Agency (EMA) informed applicant Intercept Pharma that it had received a request from a law firm pursuant to Regulation (EC) No 1049/2001 for access to several documents relating to the medicinal product Ocaliva. However, US legislation explicitly prevents plaintiffs from receiving such documents from the other party until it is determined that the complaint is admissible.

Contradiction between Regulation (EC) No 1049/2001 and US legislation

The disclosure requested by the EMA concerned the type of information that might be useful to the plaintiffs in the context of their action in the United States, argued Intercept Pharma / Intercept Pharmaceuticals and claimed a contradiction with the specific policy of US legislation that would result in significant commercial damage (within the meaning of Article 4(2), first indent, of Regulation 1049/2001). The applicant also referred to the case-law in the judgment in Jurašinović v Council (T-63/10, EU:T:2012:516), according to which the court proceedings referred to in the second indent of Article 4(2) of Regulation 1049/2001 are not limited to proceedings before the courts of the EU or of the Member States.

Publication stop only for documents relating to court proceedings

However, the European Court dismissed Intercept Pharma / Intercept Pharmaceuticals’ claim in its entirety. It is true that the second indent of Article 4(2) of Regulation No 1049/2001 provides for an exception for the publication of documents, also with regard to non-European court proceedings. However, this exception only applies to documents drawn up in the context of a specific pending court case or, exceptionally, to documents which were not drawn up in the context of a specific court case but which nevertheless contain legal positions which later became the subject of such proceedings, the CJEU ruled.

However, the publication at issue in the present case concerns instead a scientific document submitted to the EMA in the context of an administrative procedure to determine whether the risk-benefit balance of Ocaliva has remained unchanged. The exception provided for in the second indent of Article 4(2) of Regulation No 1049/2001 does not apply to such a document.

Exception to publication for the protection of commercial interests

The Court also clarified the protection of commercial interests under the first indent of Article 4(2) of Regulation 1049/2001. In order to be able to invoke an exception to publication on this basis, it would have to be established that the document contained sensitive commercial information, the CJEU ruled. This is in particular the case where the requested document contains commercially sensitive information relating, inter alia, to the business strategies of the undertakings concerned or their customer relations, or relating specifically to the undertaking disclosing its expertise.

However, plaintiff Intercept Pharma / Intercept Pharmaceuticals did not provide any information as to which part of the report in question contained sensitive business information, but merely claimed a higher financial investment in connection with the United States trial if its documents were disclosed. The CJEU therefore dismissed the action in its entirety.

Do you need support in IP protection for pharmaceutical or chemical products or processes?

Our attorneys have many years of experience in trademark and patent law, national and international law. Take your chance and contact us.