Documents for medicinal product approval: no general presumption of confidentiality

Pharmaceutical manufacturers can only prevent information from applications for marketing authorisation for a medicinal product from being made available to other competitors if there is a well-founded and substantiated suspicion of abuse. The documents are not necessarily confidential, the ECJ ruled, and there is no general presumption of confidentiality.

Marketing authorisation for a medicinal product 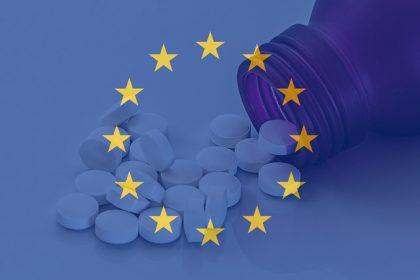 The approval for new drugs and the corresponding marketing authorisation is the responsibility of the European Medicines Agency (EMA). Pharmaceutical manufacturers must submit detailed reports on the medicinal product with the marketing authorisation application. The confidentiality of such a report and access to this report also for competitors was the subject of the hearing between appellant PTC Therapeutics International Ltd (Ireland) and the EMA, which was decided yesterday by the European Court of Justice (ECJ).

In this context maybe this is also an interesting article in our blog: To bring an action without revealing trade secrets

General presumption of confidentiality or right of access for others?

In the present case concerning the marketing of the medicinal product Translarna, an application to this effect had initially been rejected by the EMA. Subsequently, another pharmaceutical company applied for access to the medical report. The EMA informed PTC Therapeutics and the company then applied to the EMA to treat the disputed report in its entirety as confidential. This was rejected by resolution and the EMA granted access to the entire disputed report, subject to certain redactions.

The European Court therefore had to decide whether the exceptions to the right of access provided for in Article 4 of Regulation 1049/2001 should have applied to this case. The EMA took the view that exceptions to the right of access should only have applied to this report in its entirety if it had been shown that each element of the disputed report constituted confidential commercial information. However, this had not been done.

Rejection only in case of well-founded suspicion of abuse

It should also be stressed that any body such as the EMA which rejects an application for access to a document – on the basis of one of the exceptions under Article 4 of Regulation No 1049/2001 – must give reasons for such a rejection. It must explain in what way access to the document in question could specifically and effectively harm the interest protected by that exception. Nor is this an exercise of the EMA’s own discretion, as PTC Therapeutics argued in court, but a concrete and individual examination of the disputed documents.

Admittedly, the misuse of data obtained through access to a document could under certain circumstances harm the commercial interests of a company, the ECJ conceded. However, an unproven indication of a general risk of misuse could not lead to a refusal of access to documents.

The ECJ therefore rejected in its entirety the arguments of the appellant PTC Therapeutics. Pharmaceutical manufacturers can only prevent information from applications for marketing authorisation for medicinal products from being made available to other competitors if there is a well-founded and substantiated suspicion of abuse.

Medicinal product approval and patent protection – an issue for you too?