Nullity actions are brought against patent and trademark registrations, ranging from patent protection for branded drugs, indistinguishable color marks to protection determining technical functions. The costs of the action for annulment are initially borne by the plaintiff. But what happens if there are several plaintiffs? 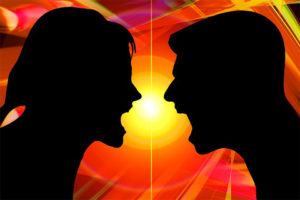 Several nullity plaintiffs concerning the same patent are necessary litigants according to § 62  civil procedure (German: Zivilprozessordnung  (ZPO)). If you lose the action for annulment, you have to share the costs as such. This was already clarified by the Federal Supreme Court in October 2015, inter alia in its so-called “Fugenband” decision (Case X ZR 11/13).

Since the decision to annul a patent in whole or in part (Article 68 European Patent Convention (EPC)) changes the legal situation as a whole, such a decision has a uniform effect vis-à-vis all parties to the proceedings. Several nullity plaintiffs are therefore necessary litigants within the meaning of § 62 ZPO. This applies irrespective of whether the respective actions concern different or the same claim.

Let’ts take a look to European appeals, too. Since patent applications can be submitted from all 38 current EPC member states, there is no central contact point where an appeal under Article 61 EPC can be lodged.

In any event, such an appeal must not be lodged with the EPO itself, as decided by the Enlarged Board of Appeal with the decision “Unauthorised applicant” (G 0003/92 of 13.06.2004).

Rather, the competent authority is the court or authority in whose district the non-authorised applicant has his registered office or place of residence (Art. 164 para. 1 EPC in conjunction with Article 2 of the Protocol on Jurisdiction and the Recognition of Decisions in respect of the Right to the Grant of a European Patent (Protocol on Recognition)); in this context, the respective member state is free to grant authorities the authority to decide on actions under Article 61 EPC; in this respect, the Protocol on Recognition does not differentiate between the terms “authority” or “court” in the following text.

Nullity proceedings in Germany – In for a penny, In for a pound

If the appellate court changes the distribution of costs (e.g. for the first instance) in the contested judgment, the decision taken in the appeal proceedings therefore also applies to the costs of the previous decision in relation to the party in dispute who did not file an appeal. Of course, the court can allocate costs in accordance with § 92 Paragraph 1 ZPO.

The cost consequence in the appeal procedure consequently also affects all parties to the dispute, including those who have not lodged an appeal against the previous decision. However, since such a party is a necessary comrade-in-arms, it must be involved in the appeal procedure. However, if it does not file any applications in this instance, it can neither defeat nor win. Accordingly, the nominal contribution of the litigant, who does not file any applications, for the appeal costs is zero.

Perhaps these articles on nullity proceedings are also of interest to you?