Few days ago, the US pharmaceutical company Abbvie expired the patent protection for its most successful blockbuster drug Hurima in Europe. However, the competition between generic drug manufacturers for the underlying patents began much earlier – in a pioneering way before a UK court.

Landmark decision of the UK court 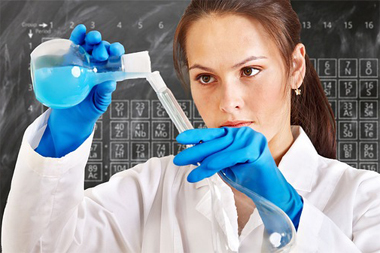 In March 2016, the South Korean drug developer Samsung Bioepis (SB) erzielen, a joint venture between the Korean conglomerate Samsung and US biotech Biogen, filed a declaratory action in the United Kingdom. Samsung Bioepis sought a declaratory judgment that AbbVie’s patents relating to treatment with Hurima were invalid due to lack of inventive novelty. AbbVie was to be prevented from preventing the market launch in Great Britain of a biosimilar version of Hurima from the Korean conglomerate. The treatment of rheumatoid arthritis requires subcutaneous administration of 40 mg Adalimumab (sold under the trade name Hurima) every two weeks.

In its judgment, the court remarkably emphasized the international significance of the judgment. It also justified its decision with the conduct of patent proprietor AbbVie, in which the court recognized the intention to terminate the proceedings at the last moment and to protect the patent portfolio from examination. The background for this assessment is Abbvie’s approach of maintaining the scope of protection of patent 656 by means of a so-called fourth divisional application, which essentially claimed the same subject-matter as patent 656, but at the same time Abbvie actively abandoned patent 656 in November 2015 – only a few weeks before the start of the proceedings before the UK court. In this way, it was avoided that the British court and the opposition division would have to determine patentability.

The court found this to be an extension of commercial uncertainty to delay the launch of competing Humira biosimilar products. Abbvie denied a connection between the abandonment of the patent and the commencing proceedings. The US pharmaceutical company claimed that a late objection to a remedy led to its decision.

Hurima is considered the most commercially successful drug in the world

Hurima is a particularly attractive product for a variety of generic manufacturers. Three Hurima biosimilars were launched immediately after patent expiry: Hyrimoz by Sandoz (Novartis), Amgevita by Amgen and Imraldi by Biogen. Hulio from Mylan and Fujifilm’s will soon follow, as this has also already received approval in the EU. The same applies to the biosimilar Cyltezo from Boehringer Ingelheim. According to German Handelsblatt, however, the German pharmaceutical company has decided not to launch Cyltezo on the European market due to patent disputes with Abbvie in the USA. In the USA, Amgen had already received approval from the Food and Drug Administration for its Hurima biosimilar Amjevita in 2016. But Amgen was also reluctant to launch the product quickly in order to avoid a possible legal dispute with Abbvie. Because Hurima is a star in the pharmaceutical business. The drug is effective against common diseases such as rheumatism and various other inflammatory immune diseases such as Crohn’s disease and psoriasis. It is the most commercially successful drug in the world.

License agreements for Europe with AbbVie

Accordingly, Abbvie is vigorously fighting worldwide for its patent rights, even after the British judgement. In April 2018, Biogen and Samsung Bioepis announced that they had signed a license agreement for Europe with AbbVie. Under the terms of the agreement, AbbVie will license patents for the use and sale of Imraldi in Europe at the country level, with Biogen and Samsung Bioepis paying royalties, Zenopa News reported. AbbVie, for its part, announced an agreement with Samsung Bioepis and Biogen, which would fend off the biosimilar Imraldi in the US as a competitor to Hurima until 2023, UK Reuters announced in April 2018. This shows once again that licensing agreements can be a silver bullet to avoid lengthy and costly litigation – in the interests of both parties.