A position mark consisting of a bottle cap with a ring and a cord is devoid of any distinctive character, the European Court of Justice held. Such a position mark necessarily merges with the appearance of the goods. 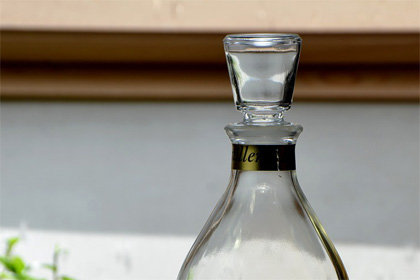 The applicant in this case is Windspiel Manufaktur GmbH, established in Germany. The applicant’s predecessor in title filed an application for a three-dimensional position mark on 21 January 2016.

“The three-dimensional mark consists of a bottle stopper (stopper or cap) with a cylindrical outer contour, a ring and a cord. The ring is placed around the neck of the bottle. The cord is attached to the stopper or cap and passed through the ring to be connected to the ring. This positioning of the cord and the ring are elements of the position mark. The bottle is arbitrary and not part of the mark.”

This is what the description of the position mark in dispute says. The Examining Division and also the Board of Appeal of the EUIPO rejected the trademark registration. Because the mark is devoid of distinctive character. The applicant then put forward six pleas in law against that decision.

In support of its action, the applicant alleges that the distinctive character was incorrectly assessed because the Board of Appeal failed to examine whether the sign in question merged with the appearance of the marked product. A bottle containing, as in the present case, a spirit or liqueur, including its cap, is to be equated with those drinks, the Court of Justice of the European Union (CJEU) clarified. It therefore necessarily merges with the appearance of those goods. The Board of Appeal was right to find that, the CJEU ruled, rejecting those pleas.

It should also be pointed out that the consumer primarily attaches to the packaging of a liquid product a mere packaging function, since it is a mandatory requirement of distribution.

The Board of Appeal was also right to find that the disputed position mark was devoid of any distinctive character. In the case of mass consumer goods, the Board of Appeal was not obliged to provide examples of practical experience. Spirits and liqueurs are not consumed on a single evening, but over many occasions and the bottle should therefore be opened and closed slightly. The Board of Appeal rightly concluded that the bottle cap as such was not unusual for the goods concerned. Furthermore, the Board of Appeal considered that, although the design of the mark applied for could be regarded as deviating from the norm by the cord and the ring, it could not give any indication of commercial origin. The European Court of Justice confirmed this view. The concrete positioning of the cord and the ring corresponds to the expected and usual market positioning of comparable components.

Evidence based on bottle caps in other Nice classes

Finally, the applicant considered it inadmissible that the Board of Appeal had relied on images of bottle caps belonging to another class in order to demonstrate that the bottle cap was not unusual. However, the question whether the Board of Appeal correctly assessed certain facts, arguments or evidence was part of the examination of the substantive legality of the contested decision and not part of the examination of the regularity of the proceedings, was clarified by the CJEU and dismissed the relevant pleas in law.

Would you also like to protect your design or trademark?